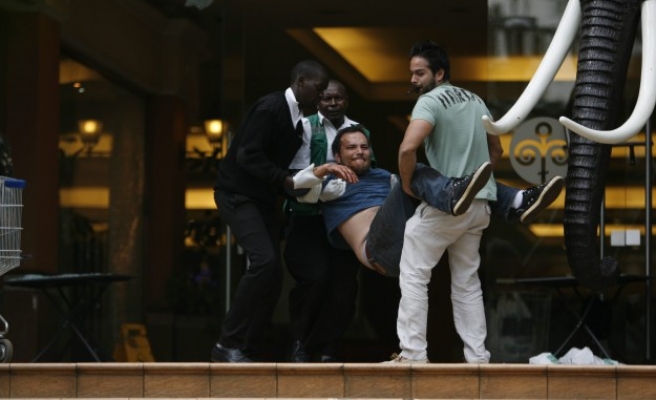 At least 68 people have been confirmed dead and 175 others injured in the continuing hostage-taking crisis at a Nairobi shopping mall in Kenya, authorities confirmed late Sunday.

The attackers were still holed up inside the building by late Sunday, with a number of shoppers still believed to be held hostage or trapped inside.

The security operation to clear out the building and apprehend the gunmen was still continuing amid rainfall, according to an Anadolu Agency correspondent.

Heavily-armed attackers entered the Westgate Mall, not far from the Central Business District, shortly before noon local time on Saturday.

They shot at guards manning a car park before storming the building both through the main entrance and an underground opening.

Al-Shabab militant group in Somalia has claimed responsibility for the attack, describing it as a reaction to Kenyan military intervention in Somalia.

President Uhuru Kenyatta and leaders from the different political parties in Kenya, including his arch rival former premier Raila Odinga, came together earlier Sunday in a show of solidarity to condemn the terrorist attack.

President Kenyatta revealed losing a nephew and his fiancée in the "cowardly" attack, insisting the attack will not dampen the Kenyan spirit.

He insisted that his government would not withdraw its troops from Somalia.

Somali Ambassador to Kenya Mohammed Ali Nur earlier condemned the terrorist attack and pledged to continue their collaboration with Kenya in fighting the Al-Shabab militants.

Kenyan Muslims have also denounced the attack, saying it ran counter to the tolerant teachings of their faith.