The election commission is using about 4,000 voting machines for the presidential and parliamentary vote instead of paper ballots. 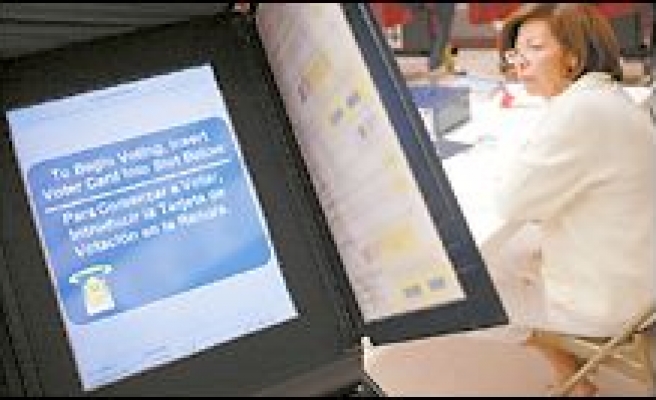 Namibians voted on Friday in Africa's first electronic election that is expected see the SWAPO party to extend its 24-year rule as people in the mineral-rich country seek stability in the face of a global commodities downturn.

Despite an 11th hour challenge from the opposition over the lack of a paper trail from electronic voting, the election commission is using about 4,000 voting machines for the presidential and parliamentary vote instead of paper ballots.

In the booth, voters will find a grey electronic device with pictures or logos of the candidates and a green button next to each one. Instead of marking a cross on paper, voters will select their choice by pressing the button.

While there is no history of electoral fraud, unlike in many of its neighbours, logistical problems in the sparsely populated country meant the results from the vote in 2009 took a week. The election commission has this time promised them within 24 hours.

More than 1.2 million people are eligible to vote in one of Africa's healthiest economies, where the former liberation movement turned governing party has maintained its support - though dissent is growing over inequality and a lack of housing.

Namibia is aiming to become the world's second-largest uranium producer after Kazakhstan with the construction of its Chinese-backed Husab mine. The mine is expected to start production in the second half of next year.

Namibia has been one of the world's best performing economies and growth is forecast to rise to 5 percent in 2014 from 4.4 percent last year. But lower metal prices, especially for key export uranium, poses a risk, according to Namibia's central bank.

More than 100 protesters called for land distribution last week, and the opposition Democratic Turnhalle Alliance has been attracting more support.

"We want a new president. We also want new changes for everything, more houses, more toilets and we are having a problem with jobs," said Johannes Gabriel, a security guard, in the capital Windhoek.

But analysts say any dissent is unlikely to be enough to threaten SWAPO's hold over the presidency and its two-thirds majority in parliament in the southern African country it has ruled since independence from apartheid South Africa in 1990.

Prime Minister Hage Geingob is running for the presidency, the country's most senior political role. Hifikepunye Pohamba cannot stand again because of a two-term limit.