A campaign led by potential presidential candidate ElBaradei has gathered some 770,000 signatures to press for constitutional change in Egypt. 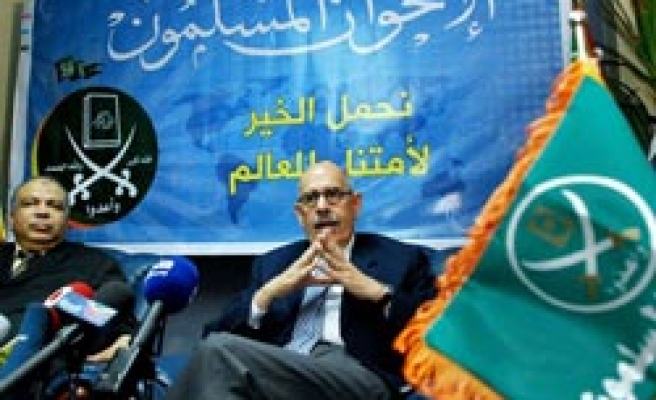 A campaign led by potential presidential candidate Mohamed ElBaradei has gathered some 770,000 signatures to press for constitutional change in Egypt, its members say, adding impetus to demands for political reform.

The National Coalition for Change began online, has taken to the streets and tied up with Egypt's biggest opposition bloc, the Muslim Brotherhood, helping it achieve a five-fold increase in signatures in one month and nearing its goal of 1 million.

"The response on the street has been unexpected and unimaginable. People are genuinely looking forward to change," George Ishak, founder of the Kefaya (Enough) Movement and one of the coalition's leaders, told Reuters on Thursday.

The petition lists seven demands including allowing independents to run for president, judicial supervision of elections and lifting three-decade-old emergency laws that critics say are used to stifle dissent.

Analysts say rapid success in campaign could spur the formation of a wider movement that draws more scrutiny of Egypt's political system.

Mubarak, head of state since 1981, has not said if he will seek another term but analysts expect he will try to hand power to his son Gamal. Both father and son have denied such plans.

Supporters of Gamal, whose cabinet allies have pushed through business-friendly reforms, have launched their own rival petition calling for him to launch a presidential bid in 2011.

The Mubarak's ruling party, NDP, denies any affiliation with the Gamal campaign.

"The most appropriate response to what is going on now in terms of signature gatherings is that President Hosni Mubarak got 6 million votes in the last presidential elections," one NDP official was quoted by local media as saying last week.

Not to be dismissed

The signature drive by ElBaradei, former head of the U.N. nuclear watchdog agency, stepped up a gear after the Muslim Brotherhood came on board and activated its formidable grassroots support base.

The Brotherhood, which is and Islamist movement and is banned from mainstream Egyptian politics, has collected 550,000 signatures on its website, making it the driving force behind the reform campaign.

"I expect us to reach the 1 million mark in the next week or so," said Saber Abul Fotooh, a Muslim Brotherhood member of parliament. Each group member is targeting 15 signatures a day.

"It is not a number to easily dismiss," said Nabil Abdel Fattah, head of the al-Ahram Centre for Social and Historical Studies. "It is the reflection of a new socio-political movement forming in the Egyptian womb."

The pro-ElBaradei camp doubts the rival signature drive will have any impact on their movement.