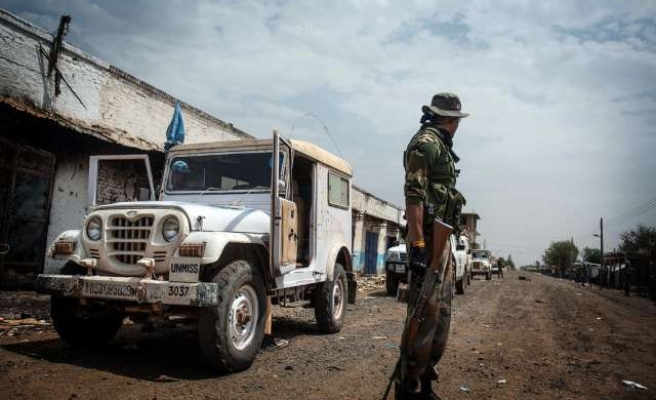 Netherlands on Thursday announced suspending all programs it had agreed to work on with the government of South Sudan to help build the young nation, including investing in government institutions, security and capacity-building for South Sudanese officials.

"Yesterday I spoke to the minister of cabinet affairs to tell him about my disappointment of lack of progress in the peace talks in Addis Ababa," Dutch Minister for Foreign Trade and Development Cooperation Lillanne Ploumen told a press briefing at the Netherlands embassy in Juba.

South Sudan has been shaken by violence since last December, when President Salva Kiir accused Riek Machar, his sacked vice president, of plotting to overthrow his regime.

Hundreds of thousands of South Sudanese have since been displaced in fighting between the two rivals, which has led to an increasingly dire humanitarian crisis for large swathes of the population.

In recent months, the warring camps have held on-again, off-again peace talks in Addis Ababa under the auspices of IGAD, a Djibouti-based East African trade bloc.

Representatives of both sides are currently in the Ethiopian capital to discuss means of implementing a June agreement to draw up a transitional government.

"Emphatically I cannot say the town of Malakal because it has been looted, destroyed and as a consequence deserted," she added.

"The people of Malakal had to flee to the UNMISS compound and to other areas in the region and I am very much saddened by what we saw," said the Dutch minister.

She, however, pointed that her government will continue assisting the needs of the affected people of South Sudan.

"That means that we are contributing to the relief operations going on by the agencies," she said. "We will also continue to work with different organizations to provide for the vulnerable people."