Many university students see the new arrest powers as part of a "police mindset" creeping back into university campuses. 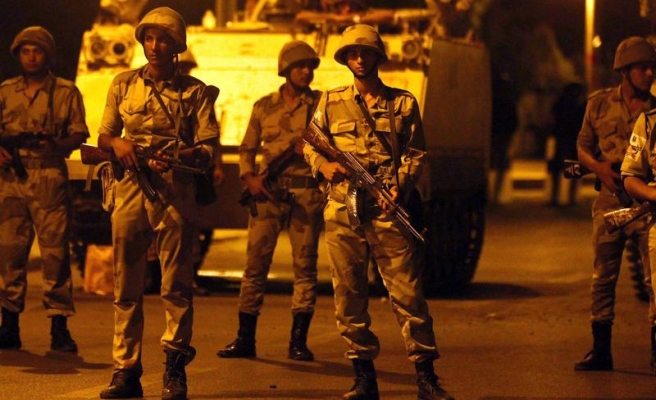 "Why should the government give administrative personnel arrest powers?" Ahmed al-Baqary, deputy head of Egypt's National Students' Union, asked during an interview with Anadolu Agency on Tuesday.

"Aren't there enough articles in the university bylaws to maintain law and order on campus?" he wondered.

The government says the decision is aimed at keeping a lid on law-breaking and violations inside the nation's universities.

The new powers give administrative security personnel the right to stop university students, arrest them and refer them to prosecutors.

In 2010, an Egyptian court barred policemen from entering universities nationwide, saying the presence of policemen on campus violated university independence.

Up until that point, policemen had been tasked with maintaining law and order on university campuses.

But the court ruled that the presence of policemen on campuses hampered the independence of the nation's universities.

Civilian administrative security personnel have since been appointed to play the same role.

Many university students, however, see the new arrest powers as part of a "police mindset" creeping back into university campuses.

"Who can guarantee that once they have these arrest powers, the administrative personnel will not use them to suppress opposition or even fabricate cases against nonconforming students?" al-Baqary asked.

Despite the government's keenness not to wrap the new arrest powers in a political cover, observers say the measure constitutes an attempt to prevent Egypt's political tensions from seeping out of the nation's public squares and into university campuses.

Egypt has been riding a wave of political tension since the powerful military ousted Mohamed Morsi, the country's first democratically elected president, on July 3 following mass protests against him.

The Muslim Brotherhood, the group from which Morsi hails, boasts a formidable presence inside Egypt's universities.

Although they failed to get more than 30 percent of the union seats during the 2011/2012 academic year, some Brotherhood students were elected to top union positions, including al-Baqary himself.

A student of al-Azhar University, al-Baqary says the new arrest powers will open the door to state control of Egyptian universities.

"The new arrest powers are a step towards silencing opposition on campus," he argued.

"This will bring us back to a kind of political suppression worse than the one that prevailed before the revolution," al-Baqary said, in reference to the January 2011 uprising that toppled president Hosni Mubarak after 30 years in power.

Magdy Qurqur, a professor of architecture planning at Cairo University, seems to agree.

"It is all about the timing of the decision," Qurqur told AA.

"This is a time of deep political polarization and this is why the powers can be used to gag the opposition inside the universities."

Even with this, the new arrest powers find support in some university professors.

"This means that order will be back to the campuses," Adel Amer, a law professor from Tanta University, told AA.

"Administrative personnel will now have the power to prevent violations on campuses."

Amer argues that the arrest powers will guarantee that university problems are settled within campus without the need to get police involved.

"The people who have the arrest powers can simply drop the charges in case students promised to abide by the law," he said.

But Ahmed Abu Zaid, the head of the Students' Union of Port Said University, scoffs at such arguments.

Abu Zaid and his colleagues had met the university president a few days ago and urged him to block the arrest powers application.

He believes the arrest powers will give the administrative staff the chance to coerce the students.

"Policemen used to have the upper hand in university affairs before they were kicked out of the campuses in 2010," Abu Zaid told AA.

"I am sure the new powers will create new despots inside the universities."