Though murdered revolutionary folk hero Sankara's body was placed in an unmarked grave, it is believed to be buried in a cemetery in the capital Ouagadougou's Dagnoen neighbourhood. 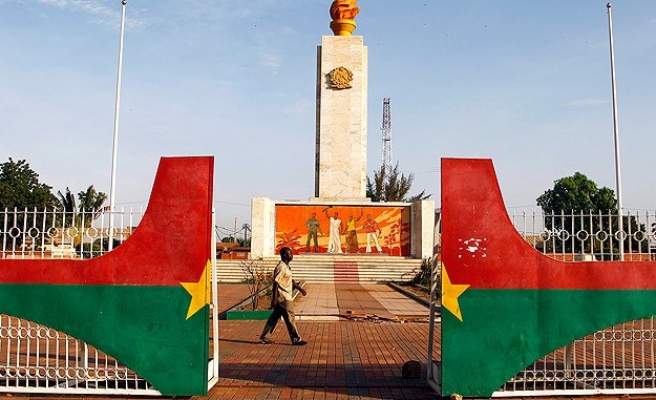 Burkina Faso's new transitional president has promised to open an investigation to identify remains believed to be those of the West African nation's murdered revolutionary folk hero Thomas Sankara.

Sankara rose to power in 1983 at the age of 33 after a coup and left a lasting mark during his short presidency, even changing his country's name from Upper Volta to Burkina Faso, meaning "the land of upright people" in local languages.

He was killed during another military putsch four years later led by his friend Blaise Compaore, who was toppled by a popular uprising and fled the country last month after ruling Burkina Faso for 27 years.

Though Sankara's body was placed in an unmarked grave, it is believed to be buried in a cemetery in the capital Ouagadougou's Dagnoen neighbourhood.

"I ... decided that investigations to identify the body of Thomas Sankara will no longer be subject to a decision of the courts but will be the responsibility of the government," President Michel Kafando announced late on Friday in his first official speech, prompting loud applause from the audience.

Speaking in Burkina Faso's national sports hall during the formal handing over of power from Lieutenant Colonel Isaac Zida to Kafando, the new civilian leader said investigations had been immediately authorised.

In 2011, Sankara's family sought permissionn to exhume the Dagnoen body and test DNA against samples from the late president. However, the district court in Ouagadougou declared in April it had no jurisdiction over the case.

Hundreds of thousands of people took to the streets last month when Compaore, who is widely suspected of involvement in Sankara's murder, tried to change the constitution to extend his grip on power.

Burkina Faso's military briefly took over after Compaore fled, appointing Zida as head of state. Kafando was appointed this week to guide the country to elections due next year but retained Zida as his prime minister.

In a speech peppered with references to Sankara's legacy, Kafando repeatedly blasted Compaore and vowed to pursue those responsible for misdeeds under his regime.