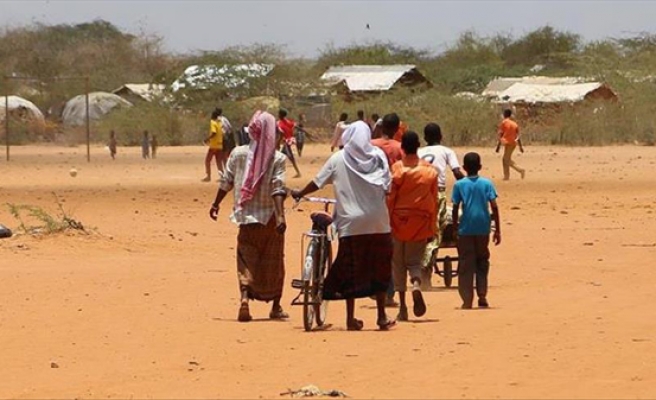 One of the alarming consequences of the two-year civil war in South Sudan appears to be a sharp rise in the rate of HIV infections.

The organization said the sharp rise in the HIV infection rate was a result of more than two years of conflict that has affected largely women and children crowded in protection camps.

"The country is faced with a low generalized national prevalence of about 2.7 percent, with pockets of concentration in specific geographic zones, an estimated 18,000 new infections annually, and about 190,000 people living with the disease," UNAIDS strategic intervention advisor Mumtaz Mia told Anadolu agency in Juba.

UNAIDS, the South Sudan Network of People Living with HIV (SSNeP+) and the National Empowerment of Positive Women United (NEPWU) have all raised the red flag on the HIV/AIDS prevalence rates.

They blamed it on the country's ongoing political crisis, which seems far from ending with the delay of the formation of a transitional government, expected following the signed August 2015 peace deal.

“The epidemic is higher in IDP camps, urban areas and in the Greater Equatoria Region with women and young people mostly vulnerable to HIV due to social-cultural factors that expose them to higher risk,” Mumtaz said.

The country, which is struggling through civil war, poverty and high illiteracy, still has one of the lowest HIV infection rates in East Africa. But the humanitarian crisis seems to be driving a recent and dramatic increase.

Mumtaz bemoaned that only very few of the South Sudanese youths, who make nearly three quarters of the population, have comprehensive knowledge about HIV despite the country recording a high HIV prevalence rate.

She added that the worrying trend for UNAIDS was the level of stigma that befell victims, particularly women.

“AIDS is not a death sentence, don’t discriminate against HIV,” Mumtaz decried.

According to a recent study by UNAIDS, 80 percent of the people interviewed in South Sudan said they had been discriminated because of their status.

“One of the reasons that people discriminate is ignorance. People are not aware of HIV, that it is a disease that can catch anybody and you can live your whole life on treatment, unlike in the 1990s, when it was a death sentence,” the UNAIDS strategic intervention advisor explained.

Lole stressed that there was a need to encourage all sexually active youths and adults to undergo voluntary counseling and testing.

South Sudan was thrown into crisis in 2013 when Kiir accused his ex-vice president Machar of trying to overthrow his government.

To date, it has been reported that more than 10,000 people have been killed and more than 2.4 million displaced from their homes.

Both sides in the conflict have been accused of widespread ethnic massacres, rape and recruitment of thousands of child soldiers.