New round of Sudan peace talks begins in Ethiopia

Rebels first demand an end to war and opening of humanitarian corridors, but govt. rep. says talks will continue bilaterally 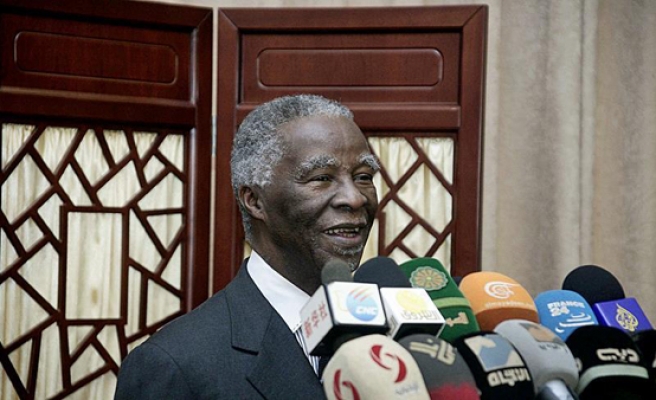 Sudan’s government and the country's armed opposition on Friday began closed-door peace talks in Addis Ababa amid an escalation of tensions between the two parties, officials told Anadolu Agency.

The Sudanese peace process is called “one process, two tracks,” as government negotiators engage with rebels in South Kordofan and Blue Nile on one hand and Darfurian rebels on the other.

Rebels are demanding an end to war and the opening of humanitarian corridors before advancing to other issues.

“They (the government) are not ready for transformation; they are only buying time," Sudan People’s Liberation Movement-North Chief Negotiator Yassir Arman told Anadolu Agency.

But Dr. Amin Hassan Omar, who led the Sudanese government’s delegation to engage with the Darfurian rebels, told Anadolu Agency that the meeting was going to continue bilaterally with Mbeki meeting the armed groups separately until they agree on the agenda.

“Mbeki told us to identify and resolve the hurdles that are preventing this process from going ahead,” Omar said. “He demanded that we find linkages between security arrangements, military arrangements, and the political process.”

The Sudanese government and armed rebels have been meeting since 2011 when the two sides agreed to seek political dialogue for their differences after a major conference in Doha, Qatar.

Omar said all parties participating in the dialogue would need to find a linkage with Doha, Qatar. But the rebels are demanding an unconditional end to the ongoing war and the opening of a humanitarian corridor instead.