Over 60,000 people gather in Harare for historic swearing-in ceremony 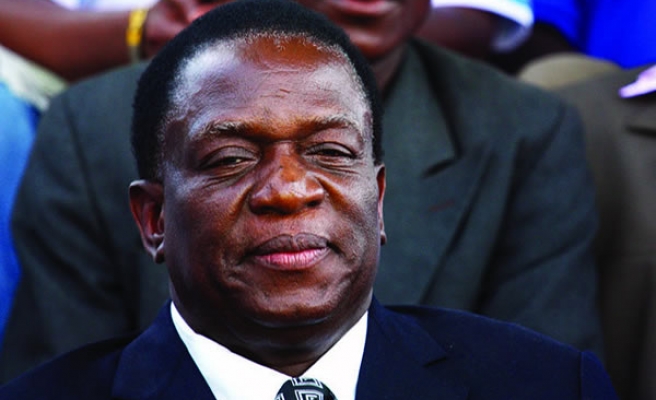 Over 60,000 people gathered in the Zimbabwean capital Harare to witness the swearing-in of the country’s new leader Emerson Mnangagwa who took over from 93-year old Robert Mugabe who had ruled the country for the past 37 years.

The new president Emerson Mnangagwa was sworn in Friday by Chief Justice Luke Malaba. “I, Emerson Dambudzo Mnangagwa swear that I I will protect and respect the right s of the people of Zimbabwe; I will devote myself to the welfare of Zimbabwe, so help me God,“ Mnangagwa said, pronouncing the oath of office.

Leaders from the southern African region, including Zambia’s Edgar Lungu, were present at the historic ceremony as the country the first transfer of power in over three decades.

Many Zimbabweans caught in the euphoria of the moment expressed hope for a better future under the leadership of Emerson Mnangagwa.

“I personally now look into the fire with hope and I know under the leadership of President Mnangagwa, industry will open and soon I will also get a job,” said Liberty Sigauke, a 33-year-old holder of a diploma in mechanical engineering from Zimbabwe’s Harare Polytechnic university.

“Nothing will stop change now; jobs will be plentiful and I will also get employed because Mnangagwa is not hostile to the developed world and investors will scramble to invest in our country and that means jobs for us,” said Mbiza.

“It’s just the face that has changed in the presidency, but Zanu-PF [the ruling party] and its notorious traits will never depart,” Martin Sithole, an opposition Movement for Democratic Change activist at the inauguration ceremony, said.

Over two weeks ago, Emerson Mnangagwa was expelled from his post as the governing Zanu-PF party’s deputy president and as vice president of the country. He then fled Zimbabwe fearing for his life.

The country’s military then stormed state broadcaster to announce that it had taken Mugabe in its custody.

After some resistance, Mugabe resigned on Monday.