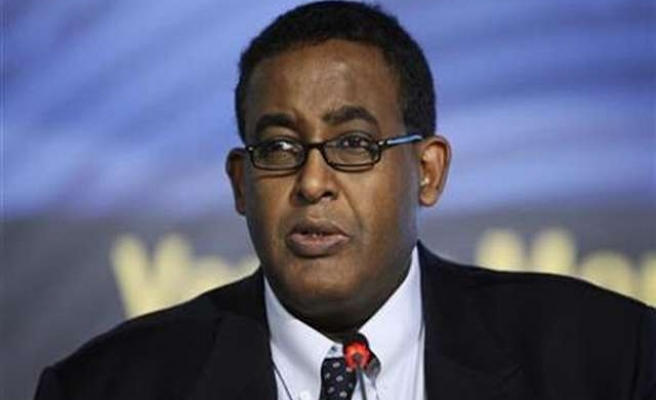 World Bulletin / News Desk
Newly-appointed Somali Prime Minister Omar Abdirashid Ali Sharmarke has withdrawn the formation of his government, only hours before it was scheduled to be submitted to parliament for approval, local media reported.

Sharmarke has submitted a request to parliament speaker Mohamed Shiekh Osman Jawari to withdraw the list of candidate ministers he presented earlier this month, citing strong opposition to the line-up from the lawmakers, local media reported Saturday.

The new premier was also quoted as saying that he would announce a new line-up within 14 days in hopes to get the parliament's backing.

On Thursday, Somali lawmakers voted against a request for deadline extension by Sharmarke who wanted to postpone the parliamentary approval of cabinet ministers to January 22.

At least 120 deputies voted against the extension while 57 voted in its favor.

The result meant that the premier had to advance his line-up for confidence vote on Saturday amid strong opposition from lawmakers who protested the inclusion of several old faces, including the ministers of interior, justice and finance.

Late last month, Sharmarke has won the confidence of the country's legislative assembly after he was named by President Hassan Sheikh Mohamoud as prime minister.

Born in Somalia in 1969, Sharmarke is the son of former Somali President Omar Abdirashid Sharmarke.

The younger Sharmarke graduated from Somali National University in 1984. In 2000, he received a Master's Degree in economics and political science from Canada's Carlton University.

In 2008, Sharmarke was appointed Somali ambassador to the U.S. He could not, however, carry out his diplomatic responsibilities because Washington did not recognize Somalia's transitional government at the time.

He was appointed prime minister in 2009, but had to submit his resignation one year later due to differences with then-President Sharif Sheikh Ahmed.

The same year, Sharmarke was appointed Somali ambassador to the U.S. – for the second time – after which he was welcomed by Washington, which had by that time recognized the national government.