Officials in Niger have arrested at least 160 people at Nigerian border, suspected of being involved with Boko Haram. 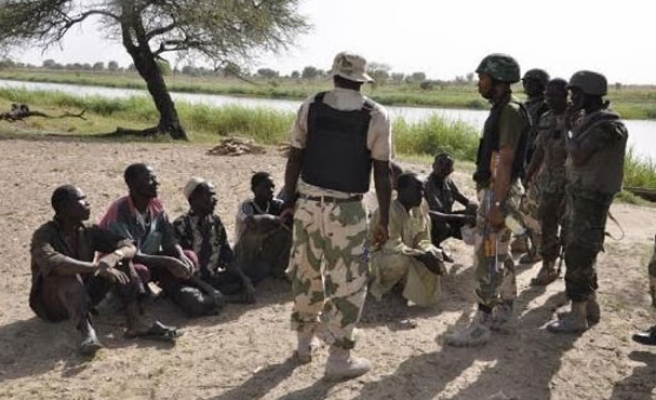 Niger has arrested more than 160 people suspected of links to Islamic militant group Boko Haram and a counter-terrorism unit is interrogating them, a police spokesman said late on Monday.

The West African country has experienced a surge in violence from the group, whose heartland in northeastern Nigeria lies on the other side of Niger's southern border. Last week, thousands of residents fled the border town of Diffa following a series of raids and suicide bombings.

Among those arrested since Feb. 6 was a prominent Boko Haram member called Kaka Bounou, thought to have played a role in plotting the Diffa attacks, Captain Adili Toro said on state television.

Boko Haram have killed and kidnapped thousands as part of a bid to create a caliphate and have stepped up attacks on neighbouring countries in the Lake Chad region, prompting an international offensive against them.

In Nigeria on Monday, Nigerian soldiers recaptured two towns from Boko Haram although the group still managed to attack a military camp near Waza in northern Cameroon, killing five soldiers.