Political tensions have risen in Niger since 2013 when Hama Amadou, a powerful former political ally of President Mahamadou Issoufou, split from the ruling coalition. 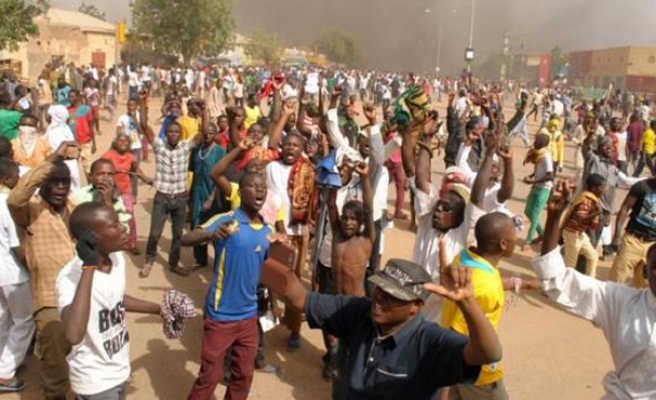 Police in Niger fired tear gas to disperse hundreds of opposition supporters who gathered in the capital Niamey on Sunday in defiance of a ban on a demonstration against what they see as poor governance, witnesses said.

Niamey's governor banned the march on Friday amid violent riots against Charlie Hebdo's cartoons of the Prophet Mohammad that killed ten people over two days.

Sunday's opposition march was planned before a gun attack killed 12 people at the Paris offices of the satirical weekly earlier this month.

The decree outlawing the demonstration did not give a reason for the decision. However a government official speaking on condition of anonymity told Reuters authorities had feared the march could be infiltrated by anti-Charlie Hebdo protesters.

"We inform all our militants and sympathisers that the march followed by a rally planned for Sunday will go ahead," the ARDR opposition bloc announced on Saturday in a statement broadcast on private television channels defying the ban.

Political tensions have risen in Niger since 2013 when Hama Amadou, a powerful former political ally of President Mahamadou Issoufou, split from the ruling coalition.

Hama, speaker of parliament at the time, fled Niger last year after leading lawmakers authorised his arrest on suspicion he was involved in a baby-trafficking ring. He has denied the accusations.

Seventeen people, including the wives of several senior politicians, were arrested last June by police investigating allegations that they acquired new-born babies from "baby factories" in neighbouring Nigeria. Hama's wife was among those initially taken into custody.

Niger's opposition claims the investigation is politically motivated and part of a broader attempt by Issoufou's government to silence dissent.