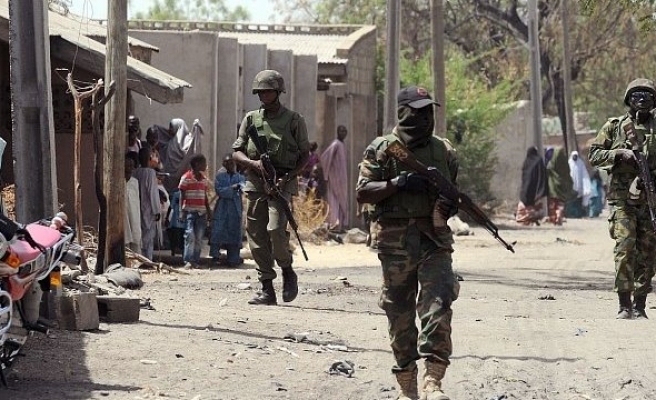 The Nigerian army said on Friday that it had killed at least 50 militants during a raid on one of their makeshift camps in the country's northeastern Borno State.

According to a statement posted on the website of Nigeria's defense headquarters, the raid on the camp in Miyanti and Bulungu also left two soldiers dead and five wounded.

"A fuel dump used for storing fuel and vehicles, including Toyota Hilux trucks and seven motorcycles, was destroyed in the raid," the statement read.

In a separate encounter on the Nigeria-Niger border, the Multinational Joint Task Force – composed of troops from Nigeria, Cameroon, Niger and Chad and tasked with reining in the deadly Boko Haram insurgency – stormed a suspected militant hideout near Duguri, according to the statement.

It also said a suspected gunrunner had been apprehended and was being interrogated in connection with the seizures.

Fifteen other suspects, the statement went on, were detained in Abuja in a raid that also led to the seizure of rifles, pistols, swords and other weapons.

Military operations aimed at tracking down armed groups would soon be launched in various locations nationwide.

Nigeria continues to battle a five-year-old Boko Haram insurgency that is largely concentrated in the country's northeast, where three states remain under emergency rule.

The militants recently seem to have expanded their area of operations outside the region to include capital Abuja, where 21 people were killed in a Wednesday blast at a shopping mall.

Boko Haram did not claim responsibility for Wednesday's blast, but the group is typically blamed for such attacks.

In a video released earlier this year, Boko Haram leader Abubakar Shekau boasted that his fighters had a presence in Abuja.