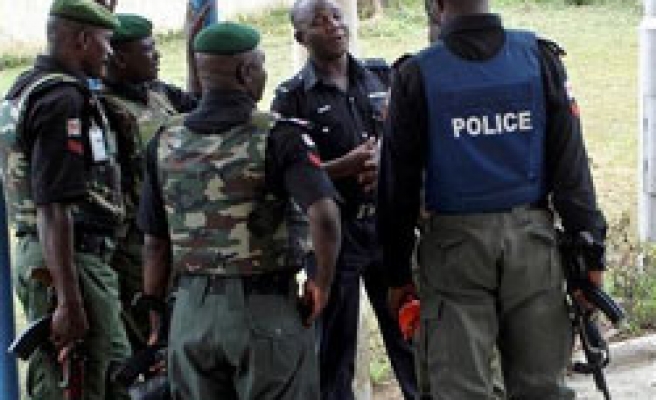 The Nigerian southwest state of Oyo has outlawed the local Ahlu-Sunnah on allegation of "atrocities," a move condemned by the group which vowed to take its case to court.

"We have proscribed the group called Ahlu-Sunnah because of its activities which includes rape, murder and attempted murder," Taiwo Otegbeye, the spokesman of the state government, confirmed to Anadolu Agency.

He said the state governor, Abiola Ajimobi, directed that the group ceases to existence because of its "nefarious" activities.

"We can no longer tolerate any group whose activities negate the wellbeing of the society," insisted Otegbeye.

The spokesman acknowledged that the group had existed for a number of years, saying allegations of their "despicable" activities came to the government's attention after they forcefully occupied the portion of a land from where they ran the camp.

"We noticed this group a few months ago after the people of the area called the attention of the state to its activities," he said.

"The state government took action immediately and investigated the group’s activities, which revealed loads of inhuman actions which also included slavery. The state will not watch while some people hide under religion to terrorize its people. The major actors are in court already."

Otegbeye said the top notches of the group are now being arraigned in a court of law for "alleged rape, murder and attempted murder."

Ahlu-Sunnah, which calls itself a dawah (propagating religious message) organization, is an established Islamist movement that dated back several years in Isheyin, a large Yoruba settlement in Oyo state.

It started off as a missionary group moving from one settlement to another teaching what Isheyin residents and some people familiar with the group calls "extremist Salafist version of Islamic theology."

The group’s secretariat is located on kilometer 5 of the busy Ibadan-Isheyin Road.

Sources from Isheyin community said the group does "spiritual healing" and forbids its members from patronizing conventional medical centers.

Laide Olabiyi, a 38-old Isheyin resident, said the allegations against the group are rooted in the activities of its leaders and members.

"They started like a tabligh group dismissing local scholars as incompetent or people of bid'ah but it has derailed over the years," Olabiyi, himself a theology student, told AA.

Asked if the state had not pre-empted court decision by quickly proscribing the group without waiting for judgment, Otegbeye said it was a matter that required prompt intervention.

"The governor has the power under the state criminal code to proscribe any association or society that is not working within the confines of the laws of the state and he has exercised this power to ban the sect even as requested by the people of Iseyin council area."

The spokesman claimed that waiting for the court proceeding could prolong the suffering of the people at the hands of the sect.

“We do not want to experience a resurgence of a sect similar to Boko Haram," he said.

Boko Haram, which says it wants to apply Islamic Law across the Muslim north but whose ideology is rejected by most of the nation's Muslims, is notorious for attacking security installations and soft targets, including civilians, banks and religious buildings.

Well over 10,000 deaths have been blamed on the militant group since it first launched its violent campaign in 2009.

Boko Haram has been outlawed and declared a terrorist organization by the Nigerian government.

"Oyo State is a peaceful place to live and the government is ready to protect lives and property of its people," Otegbeye insisted.

But the Ahlu-Sunnah leader, Yunus Adefabi, argued that the allegations against his group were unfounded and would be challenged in court.

"We have also briefed our lawyers but since the case is already in court we prefer not to discuss the matter in the media," Adefabi told AA.

"But I want to place it on record that all the allegations against our group are sheer manipulations. They are not factual whatsoever."