Maiduguri is one of the areas hardest hit by the five-year-old Boko Haram rebellion. 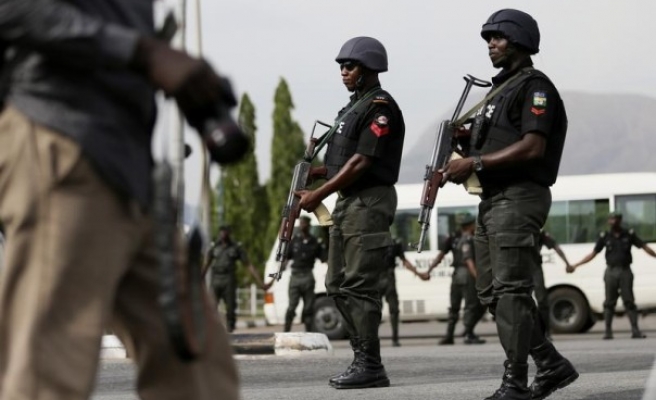 The Nigerian military has drawn criticism from Muslims after army troops abruptly barred the airlifting of pilgrims to Saudi Arabia from Maiduguri International Airport in the northeastern Borno State.

"We were already set to be airlifted when soldiers came to say they had orders to prevent us from boarding the plane to Saudi Arabia," would-be pilgrim Isa Abdullah told Anadolu Agency.

"They didn't offer us any explanation except to say we would have to go through Kano airport," he said.

Kano is the capital city of northern Nigeria's Kano State and the country's second largest city.

Saidu Dogari, another disappointed pilgrim, was no less upset.

"They are putting our lives at risk by asking us to travel down to Kano on the dangerous road," Dogari, a cow dealer, told AA.

"We are not happy at all; it is unfortunate that this is happening," said Dogari, adding his flight would depart from Kano "maybe tomorrow."

Hundreds of would-be pilgrims will likely be affected by the decision, according to one AA reporter.

Muslims who can afford it often travel to Saudi Arabia to observe a lesser pilgrimage during Ramadan, especially in the last ten days of the holy month.

Maiduguri is one of the areas hardest hit by the five-year-old Boko Haram rebellion, which is largely concentrated in the country's northeast.

In a statement, the military said the atmosphere at the airport – once a target of insurgents – was not conducive to massive airlifting, as it posed a security threat to pilgrims.

"Contrary to claims that Maiduguri [airport] was closed to deny its use for the airlift of pilgrims to Saudi Arabia, the airport was only observing restriction of the facility to military use in light of ongoing operations in the area," Olukolade said.

"This followed a security assessment of the situation indicating that a sudden massive airlift could not be permitted in light of the threats and ongoing operations in the area," he added.

The army spokesman said an alternative arrangement had been worked out in concert with the relevant authorities in Borno state.

"This process has continued smoothly despite the inconveniences, which will be ameliorated as the exercise progress," Olukolade said.

Boko Haram first emerged in the early 2000s to preach against government misrule and corruption.