Many northern and southern states continue to experience an average of five to six days of rain per week, raising fears of heavy flooding. 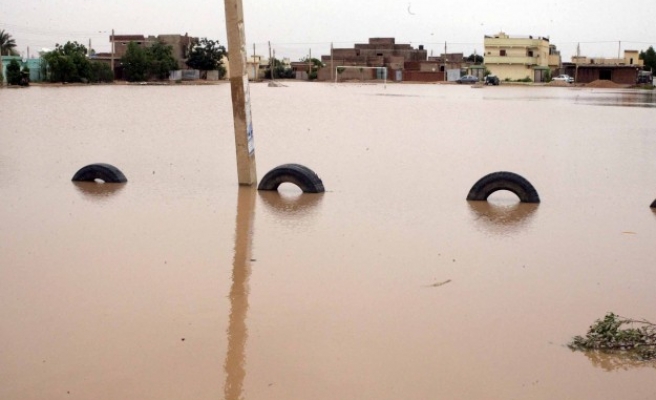 Nigeria is bracing for yet another round of heavy flooding, amid calls for precautionary measures aimed at saving lives and property.

"The volume of water in rivers will soon rise and lead to flooding, which may cause loss of lives and property," Ishaya Chonoko, coordinator of the National Emergency Management Agency (NEMA) in Abuja, Nigeria's political capital, told Anadolu Agency on Tuesday.

Many northern and southern states continue to experience an average of five to six days of rain per week, raising fears of heavy flooding.

"Government assistance for such people has become necessary because most people living along riverine areas are poor," he added. "They are the ones most affected in flood disasters."

Chonoko said that predictions by the Nigeria Meteorological Agency – that 2013 could see flooding far worse than that experienced in 2012, when hundreds died and billions of naira worth of property was lost – had already begun manifesting in some parts of the country.

The NEMA official said his agency had been touring the states to enlighten local governments, relevant bodies and citizens as to what steps should be taken to avoid flooding or at least mitigate its effects.

They have already launched an awareness campaign targeting the Ilorin people in the central Kwara State.

"It is important that stakeholders intensify awareness programs because this is the cornerstone of flood-risk management among flood-prone and vulnerable communities," Chonoko said.

"We must understand that ignorance of flood risks is responsible for why people live in flood plains and abuse town planning regulations," he added. "But they are our people and we must protect them."

Chonoko went on to caution that a lack of risk awareness could result in failures to heed warnings by relevant agencies to evacuate in the event of heavy flooding, thereby endangering lives.

"Increased awareness of flood risk will lead to mitigation activities and to preparedness, which would in turn reduce the impact of flooding," he said.