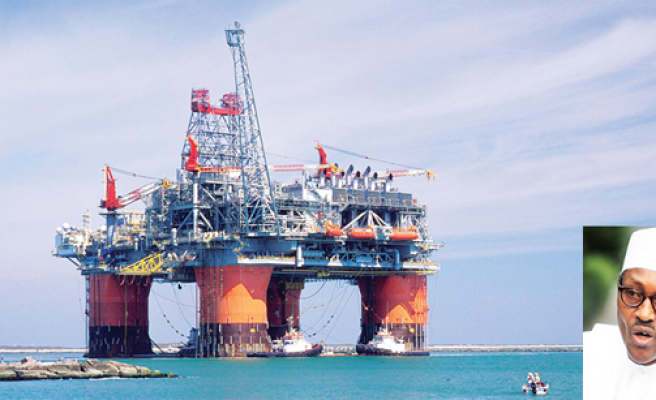 Experts warn that Buhari's actions could do harm to this critical sector for the Nigerian economy -- oil provides 95 percent of Nigeria's foreign exchange earnings,  and 80 percent of government  revenues.

"There is a good chance this will scare off foreign investment," said Nuhu Yakubu, deputy president of the Nigerian Liquefied Petroleum Gas Association of Nigeria, in an interview with Anadolu Agency on Monday.

Since his election, Buhari has repeatedly attacked what he called "sharp practice" in the oil industry. Buhari announced on Sept. 30 that he would appoint himself as petroleum minister, later amending that to leaving the position vacant. And his administration has drastically reduced directorates and has fired the top management at the state-owned Nigerian National Petroleum Corporation (NNPC).

On Oct. 8 Buhari said his administration would review production sharing contracts (PSC) regarding oil exploration in the deep sea (offshore) between the NNPC and oil companies who are mostly multinationals.

NNPC has PSC s in deep offshore oilfields with companies including Royal Dutch Shell, US-based Exxon Mobil, US-based Chevron, France's Total, and Italy's ENI. Production from these fields amounts to half of the country's total output.

In a statement, NNPC said the review is to ensure Nigeria takes into account the "current realities" -- a euphemism for the sharp decline in the price of oil.

Currently, PSCs call for all funding in production processes to be provided by the partner oil companies which then share profit with the Nigerian government.

But the review of PSCs is considering joint funding of production and operating costs, and a shareholding arrangement with partners, according to industry insiders. With joint sponsorship of the production process, the government expects to get a larger share of profit, which would help to compensate for the decline in oil prices.

The government is also considering raising taxes on oil companies.

"The eyebrow raising by western oil majors is not surprising. For years, they have been enjoying the benefit of PSCs, so they are not eager to accept changes," Adeola Yusuf, energy editor of the Lagos-based Daily Telegraph, told Anadolu Agency.

Yusuf said that, while full details of the proposed contract changes have still not been disclosed, some of the benefits that oil majors have had in the past will be lost.

Nigeria has tinkered with different PSC models, since the contract was first introduced in 1973, at least three times. The first review was in 1993 to correct what Nigerian authorities felt were lopsided agreements in favor of the contractors. The country again did a review of the PSC in 2000 and 2005, each time renegotiating the terms.

For instance, in 2005, the PSC for the first time introduced eventual review and renegotiation of contracts between Nigeria and the contractors. Indeed, both parties had a running battle in the run up to the current model, with oil firms totally rejecting, among other things, the proposed raise of petroleum profit tax from 50 percent to 85 percent in the upstream sector (deep sea oil exploration).

Some of these issues, analysts say, have held up the petroleum industry bill which has remained stuck in the parliament for many years. Two previous parliaments have been unable to pass it into a law.