A roadside bomb tore through a bus station, killing 40 people including five soldiers. 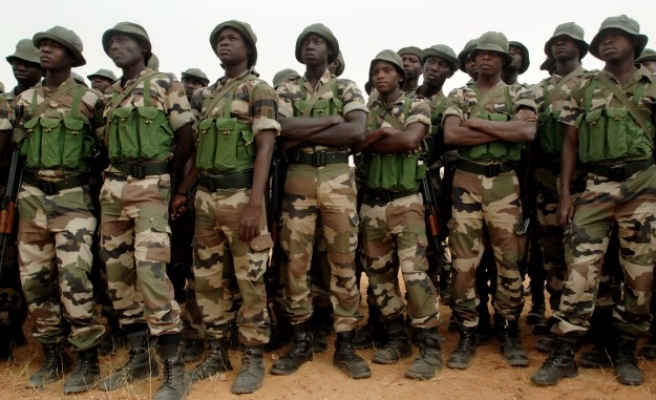 A roadside bomb tore through a bus station near a busy junction in northeast Nigeria on Thursday, killing 40 people including five soldiers, witnesses and a security source on the scene said.

The security source and witness Abubakar Adamu, a mechanic who narrowly avoided being blown up himself, said the blast set several buses on fire at the Marabi-Mubi junction, in a part of the country plagued by violence linked to the Boko Haram insurgency.

"There were bodies everywhere on the ground," Adamu said.

The location is about 30 km (20 miles) west of Mubi, a town near the Cameroon border seized last month by Boko Haram militants. It has since been recaptured.

At least 33 Boko Haram militants were killed in clashes with local hunters in Nigeria's northeastern town of Kareto in Borno State, according to locals and police sources.

"Boko Haram boys attempted to capture Kareto in Borno, but local hunters pursued them and killed over 33 of the insurgents," Bulama Mali Gubio, an elder statesman close to the vigilante network, told newsmen in Maiduguri on Thursday.

According to Gubio, local hunters stood up against the Boko Haram militants due to fears that the latter "would have captured the town and unleashed terror on the innocent people."

Kareto, a small town near the border with Niger, is roughly 30km from Damasak, another Borno town recently captured by Boko Haram militants. The attack left 40 residents dead.

A police source confirmed the incident to The Anadolu Agency.

"It is true that 33 insurgents were killed in the attack. We are aware that soldiers working in collaboration with the hunters have mobilized to the area to ward off any reprisal from the marauders," the source told AA, asking not to be named.

Boko Haram, which has waged a violent insurgency in Nigeria's northeast since 2009, has recently stepped up attacks in the northern part of Borno, killing well over 100 people within the past month alone.

On Tuesday, over 40 residents of Maiduguri, Borno's provincial capital, were killed when suspected female suicide bombers blew themselves up in the heart of a popular market.