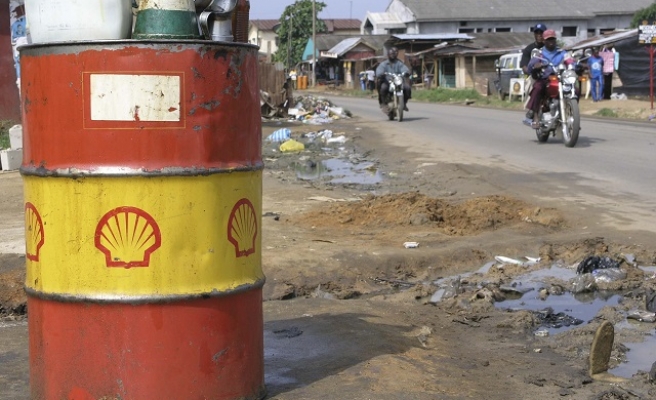 Onele Vincent and his colleagues are fed up with the rising cost of living. So they decided to do something about it and led a noisy protest at a top Lagos hotel where they work.

"Things are more expensive, rent is high, food is high," Vincent told AFP last week in the lobby of the Southern Sun hotel, a favourite of the monied elite, politicians and expatriates.

"Everything has increased and yet the staff salary has remained the same."

Vincent and the other hotel workers are far from lone voices in Nigeria, where many are feeling the pain as Africa's biggest oil producer struggles to adapt to the record lows of global oil prices and its naira currency is under devaluation pressure.

Daily newspaper headlines warn of "Hard times ahead", while many billboards in the commercial hub of Lagos stand stark white, just blank signs, an indication that companies are trimming costs.

Even high fliers are taking a hit. Importers of French wine complain that demand has dried up. Luxury car dealers and real estate agents say business has dwindled.

Africa's leading economy is projected to have grown by 3.0 percent in 2015, its slowest pace in over a decade, according to an International Monetary Fund report in January.

Unlike Norway, which invested hundreds of billions of dollars of its oil money into stocks, bonds and real estate, Nigeria spent its riches when times were good.

Now that crude prices have slumped more than two-thirds since $100 per barrel in mid-2014, Nigeria is exposed.

Dollar reserves currently stand at a low of $28 billion -- $20 billion less than in April 2013. There is only enough for five months of imports for a country heavily dependent on foreign goods.

While the huge drop in oil prices is a major headache for Nigeria, analysts say it is the government's response that is the biggest cause for concern.

The central bank governor, Godwin Emefiele, on Tuesday dismissed calls to devalue the naira in his monetary policy committee statement.

Instead he chose to continue propping up the currency at 197-199 naira to the dollar and maintain foreign-exchange restrictions.

As a result, the naira on the black market is hovering around a record low of 305, fuelling complaints from domestic and foreign businesses who can't access dollars needed for imports.

With little domestic manufacturing and years of under-investment, mismanagement and corruption in the oil sector, Nigeria depends on imports for almost everything, from milk and machinery to petroleum products.

Jittery investors, fearing the inevitable devaluation of the naira, have held off doing business in the country until there is a clearer monetary policy.

"The situation right now is causing a lot of anxiety and uncertainty because no one knows how to plan for it," said Anna Rosenburg, emerging markets analyst at Frontier Strategy Group.

"Everyone is complaining about the lack of direction from the government."

Attempts to shore up the naira are designed to protect the nation's dollar reserves.

But the tight forex controls have led to accusations growth is being strangled in Africa's most populous country.

"At this stage, a weaker naira is less important for fostering the resumption of needed international investment flows than the lifting of the foreign exchange restriction," JF Ruhashyankiko, a Goldman Sachs economist, said in an investor note.

Now Nigeria is in limbo, badly needing foreign investment but unable to get any.

"If you're not attracting those inflows and you're not generating a surplus from the export of oil, then it's going to be more difficult to sustain foreign exchange reserves where they are," added Razia Khan, an economist at Standard Chartered Bank.

"That could impact on its perceived credit worthiness, which isn't a good thing when Nigeria is thinking of borrowing externally to fund some of its more ambitious infrastructure programmes."

But the budget is based on an oil price of $38 per barrel, above the current market price of around $33, and relies heavily on borrowed money.

After Buhari remarked in December that he would consider devaluing the naira, some investors took it as a sign the currency situation would be resolved early in the new year.

Yet on Thursday Buhari put those hopes on the back burner, saying on a visit to Kenya he will not have the naira "killed" and is "optimistic" his policies will soon stabilise the economy.