Much of the anger of the protests, and a #BringBackOurGirls Twitter campaign that helped fuel it, has been directed towards the government for failing to protect the girls 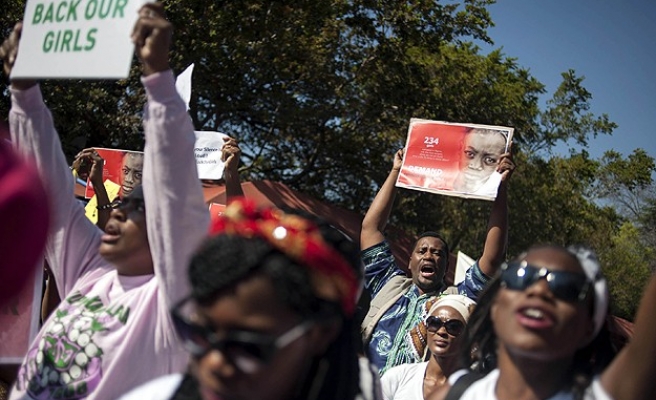 Nigerian protesters seeking the return of more than 200 girls kidnapped by Boko Haram said on Tuesday they would challenge a ban on their daily protests in court.

Nigerian police on Monday banned any more protests in the capital Abuja concerning the campaign to get the girls back, saying they could be hijacked by "dangerous elements" who could threaten state security.

The girls were snatched from the remote northeastern village of Chibok, near the Cameroon border, on April 14.

"We shall be accompanying our lawyers to the court where we hope to obtain an immediate restraint on this unconstitutional, undemocratic and repressive act," protesters spokesman Rotimi Olawale said in an emailed statement.

Much of the anger of the protests, and a #BringBackOurGirls Twitter campaign that helped fuel it, has been directed towards the government for failing to protect the girls. A Reuters investigation revealed that there were a number of missteps along the way, including failure to respond to a distress call hours in advance.

President Goodluck Jonathan's supporters say the protesters' ire should rather be directed at Boko Haram, and that constant criticism of the military is misplaced and demoralising.

United States troops are in neighbouring Chad on a mission to find them. Britain and France have also offered help.

Nigerian authorities argue they face an unenviable dilemma: if they try to free the girls, some risk getting killed, or if they offer the rebels money or a prisoner swap, this would only leave them stronger, endangering more lives in the long run.

A reluctance to pursue either strategy has created a stalemate, officials say.