Nigeria in search for big loans

The Nigeria's budget plan calls for 1.8 trillion naira ($9 billion) to be covered by borrowing from multilateral organisations 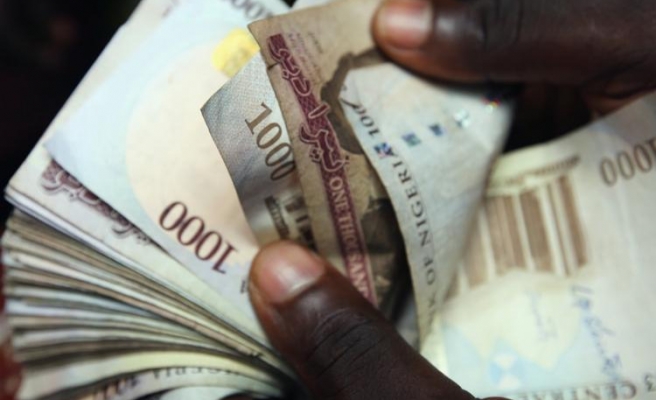 Nigeria is seeking loans from the World Bank, the African Development Bank (AfDB) and other lenders to help cover this year's massive budget deficit, the government and bank officials said.

The deficit is projected at 2.2 trillion naira ($11 billion, 10 billion euros) out of a total budget of 6.08 trillion naira, they said late Monday, confirming projections first given in President Muhammadu Buhari's December budget announcement.

The budget plan, which includes sharply increased spending to stimulate the economy, calls for 1.8 trillion ($9 billion)  naira to be covered by borrowing from multilateral organisations -- which the government believes is the cheapest funding option.

The Financial Times said Nigeria was seeking $3.5 billion in total to fund the deficit, but the figure could not be officially verified.

The fall in global oil prices since mid-2014 has slashed revenue for the oil-dependent nation, which derives more than 90 percent of its foreign exchange earnings from crude sales.

"We are in continuing dialogue with the federal government of Nigeria on the preparation of a Development Policy Operation (DPO)," David Theis, World Bank spokesman, said in a statement.

"The proposal... will be submitted to the World Bank's Board of Executive Directors for consideration later in the year," he said.

Theis said the World Bank was "strongly committed to supporting Nigeria" in achieving its development objectives and optimizing opportunities for its more than 170 million people.

The AfDB said in a separate statement Nigeria had approached it for a budget support loan of $1 billion.

The "request for support is being considered by the bank and it is envisaged that an appraisal mission will be in Abuja soon to work with the authorities and major stakeholders on this operation."

Nigeria's Finance Minister Kemi Adeosun said negotiations with both international lenders were ongoing, adding that the overall objective of the loan was to provide the lowest possible cost of funds to finance capital projects.

"As far as possible, our foreign borrowing will be tied to specific capital projects. A number of these projects are revenue-generating which will be used to fund the loan repayments," she said.

She said the export credit agencies like China Exim Bank were also being approached for funding, and Nigeria was also considering tapping into the eurobond market.