There is still no mention of over 100 schoolgirls believed to have been abducted by Boko Haram rebels – also in the northeastern Borno State – last week. 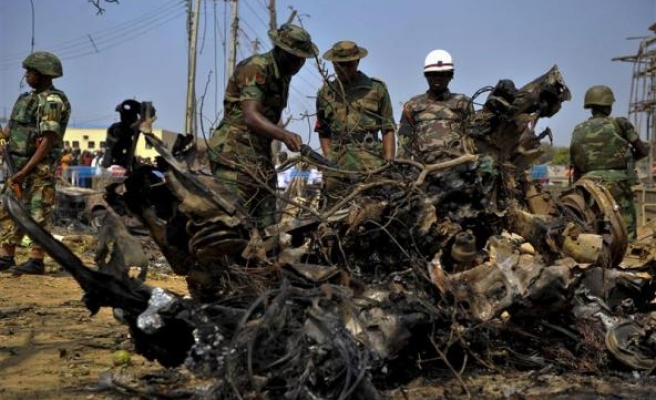 At least 40 Boko Haram rebels were killed in an overnight gunfight with Nigerian army troops in Bulambuli village northeast of Borno, the military said in a Friday night statement.

He added that fighting erupted following the "capture of a number of terrorists believed to be the ringleaders of those operating around Alagarmo [in Borno]."

"Over 40 terrorists died in the encounter, while four soldiers lost their lives and nine were wounded," Olukolade said.

"More than 16 rifles and a substantial number of assorted calibers of ammunition, improvised explosive device (IED) materials, SIM cards and electronic items have so far been recovered," he added.

According to the statement, two "terrorists" were arrested earlier at a local market while trying to procure foodstuffs.

"Others still being trailed include a terrorist medic who was on a mission to procure drugs for use by his colleagues," it added.

The statement did not mention an ongoing mission aimed at rescuing over 100 schoolgirls believed to have been abducted by Boko Haram rebels – also in the northeastern Borno State – last week.

Some Chibok residents said earlier Friday that they had heard gunshots and explosions in the distance, sparking fears of fresh militant attacks.

Government silence and the lack of regular updates on the missing children have triggered national outrage with the hashtag #BringBackOurGirls trending on Twitter.

Nigeria's opposition All Progressive Congress (APC) on Friday urged President Goodluck Jonathan to suspend all political rallies until the girls are found.

Jonathan is billed to attend a rally next Tuesday in Adamawa, one of the three northeastern states in which a state of emergency has been imposed due to the Boko Haram insurgency.

In the years since, it has been blamed for attacking places of worship and government institutions, along with causing thousands of deaths.

was boko haram preaching against government misrule and corruption or against western education from whence they got their name?