Earlier this month, President Goodluck Jonathan asked the federal parliament to extend the emergency rule – imposed in May 2013 – for another six months 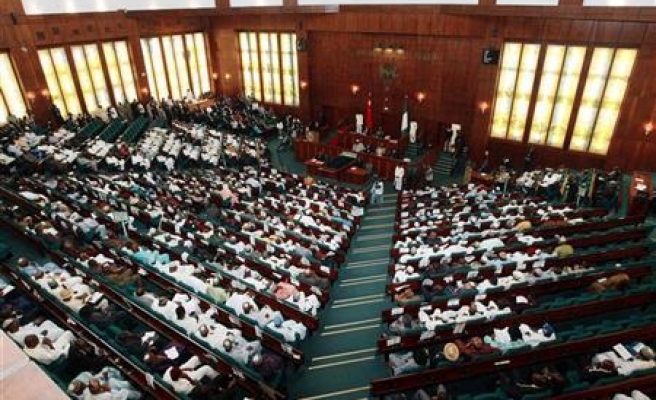 Nigerian lawmakers are poised to block a further extension of the emergency rule in the Boko Haram-wracked northeastern region as the measure has failed to rein in the insurgency.

"Extension of this measure, as we stand today, is a tall order and most of our colleagues are wondering whether the President has not exhausted his goodwill on this perennial extension," Ahmed Zannah, a Senator from the northeastern Borno state, told The Anadolu Agency.

"All things considered, it can hardly fly again. And even if the Senate passes it, the sentiments across the country no longer support the measure because it has failed to achieve anything," he said.

Earlier this month, President Goodluck Jonathan asked the federal parliament to extend the emergency rule – imposed in May 2013 – for another six months in the states of Adamawa, Borno and Yobe to enable the military quash the insurgents.

But the request, the third since the measure was first introduced, appears stripped of the enthusiasm and mass appeal that had greeted its declaration over a year ago.

The situation is not helped by the militants having graduated from their hit-and-run tactic to outright capturing of territories and effective deployment of suicide bombers attacking soft targets in the region.

At the last count, the insurgents have captured up to 30 towns and dozens local government areas, including Gwoza in Borno.

Last week, furious members of the House of Representatives – still angry over a recent invasion of the parliament by police in bid to impeach the speaker – rejected further extension of the emergency rule and urged Jonathan to invoke the Armed Forces Act to just deploy troops to the affected states.

The 360-member lower arm of the parliament have now adjourned sitting until December 3.

The Nigerian Senate held two sittings this week to discuss the presidential request, and met with security chiefs who briefed them on the situation there.

A vote on the matter is likely next Tuesday.

"The truth is that we are not convinced that state of emergency is still required in that part of the country," a Senator, who asked not be named, told AA.

"Nothing has been achieved and our suspicion is that some persons are just feeding fat from money appropriated for the measure," he said.

The Senator said that most of the MPs are going to vote against extending the emergency rule.

"And even if it scales through the Senate, you must recall that the House of Reps. has already rejected it. That is a tie. And where a concurrence is not reached on an issue like this, we would need a conference of both arms to do the headcount before decision is reached," he added.

While the House of Representatives has 360 members, the Senate comprises just 109 lawmakers – three from each of the country's 36 states.

But the Senator said that such a vote would be unnecessary "because the mood of the nation is not supportive of the President, not even after the embarrassment of two weeks ago where we were locked out of parliament by police."

The Nigerian Constitution requires a concurrence of both arms of the legislature to approve some critical government business, including the national budget, constitutional amendments and approval of emergency rule in any part of the country.

A senior army official said that the "body language" of the lawmakers suggested that they are not ready or willing to extend the emergency rule.

"This is a double-edge sword," the official told AA.

"Yes, it seems not much has been achieved particularly with the current happenings there. But the truth, which our (security) chiefs told the lawmakers behind closed door is that more troops need to be deployed and better weapons are needed," he said.

"When the Army and the Air Force chiefs appeared before the Senate, they explained the situation and made clear that extension is needed. But for obvious reasons, many lawmakers have questioned the request," he added.

"They insist it has become a money-spinning venture for some people. They asked why in spite of the huge billions of naira allocated for the measure, the insurgents are still on the rampage."

Apart from a humongous defense budget over the last years, the parliament recently approved a $1billion loan request by the president to prosecute the counterinsurgency strategies.

According to the army official, however, the option that is open to the president seems to be to deploy more troops in the area.

"But many people don't understand why emergency rule is needed," the official said.

"One, it gives troops unfettered access to anywhere and power to search, arrest and detain anyone without court warrant. With emergency rule, you can impose 24-hour curfew. But once the emergency rule is lifted, these are no longer possible. The military will face serious legal issues and likely court contempt," he added.

Nigerian presidential spokesmen could not be reached for comments on this development.

Tens of thousands of people, mostly civilians, have died and millions displaced since Boko Haram launched its insurgency in 2009 following the extra-judicial murder in police custody of its leader Mohammed Yusuf.

Yusuf had been captured alive by the army and handed over to the police following his group's face-off with police in Bauchi, a northeastern state bordering Borno, the birthplace of the insurgency.

The group initially targeted security formations and government buildings but it later extended its attacks to religious places, mostly churches, and other soft targets including top Muslim clerics who dared to criticize its activities.

Boko Haram has been outlawed in Nigeria, Turkey and United States.