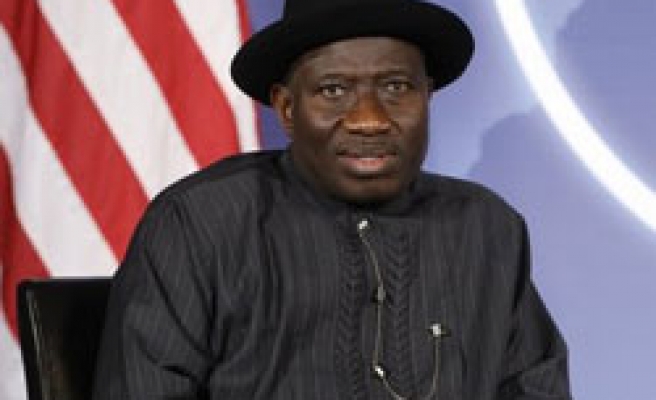 Nigerian President Goodluck Jonathan on Tuesday admitted that the country was split along ethno-religious lines – a rare admission for a Nigerian president – and asserted that "national dialogue" was necessary to heal the rift.

"When there are issues that constantly stoke tension and bring about friction, it makes perfect sense for interested parties to come together to discuss [it]," Jonathan said in a televised address marking the fifty three year anniversary of the country's independence from Britain.

"Our administration has taken cognizance of suggestions over the years by well-meaning Nigerians on the need for a national dialogue on the future of our beloved country," the president announced.

"In demonstration of my avowed belief in the positive power of dialogue in charting the way forward, I have decided to set up an advisory committee whose mandate is to establish the modalities for a national dialogue or conference," he added.

The committee, Jonathan said, "will also design a framework and come up with recommendations as to the form, structure and mechanism of the process."

The president went on to say that the committee's line-up would be announced shortly.

"I expect its report to be ready in one month, following which the nation will be briefed on the nomenclature, structure and modalities of the dialogue," he said.

It is not the first time the Nigerian government has launched such a national dialogue initiative.

Nigeria's current constitution is seen largely as the result of that effort.

Ten years later, in 2005, former president Olusegun Obasanjo convened a 'National Political Reform Conference.' That conference ended in failure after citizens accused Obasanjo of trying to use the event to make himself president for life.

Jonathan's national dialogue initiative will be the third such event of its kind, although the president has a history of setting up committees and then failing to act on their recommendations.

The announcement appears to be a concession aimed at shoring up the president's dwindling political standing in Nigeria's south.

But it is likely to be met with suspicion in the country’s north for fear it could be Jonathan's way of wrong-footing the region’s clamor for power shift in upcoming presidential polls.

And if the proposed national dialogue is not bound by any restrictions, such as barring discussion about different ethnicities going their own way, the president could draw the ire of nationalists in the military who once threatened war to ensure Nigeria's continued unity.

The president's choice of a pro-national conference politician from Nigeria's southwest, Femi Okurounmu, as chairman of the committee will comfort advocates of the initiative.

It will also sound the alarm among those who have expressed reservations about holding a national dialogue that leaves everything, including self-determination, open for negotiation by the country's diverse ethnicities.

Okurounmu is a chieftain of Afenifere, a socio-political organization of the liberal Yoruba people in southwest Nigeria.

The group, though now weakened by younger and strong ruling elements in the region, advocates a no-holds-barred national conference to discuss whether or not Nigeria should remain a single entity.

Akilu Indabawa, a northerner, is secretary of the presidential advisory committee.

President Jonathan has urged Nigerians to remain fully committed to building a strong, united, progressive and prosperous nation – in spite of the challenges.

"In truth, Nigeria is still a work in progress and we are challenged every day to keep building in spite of the various obstacles we face," he said.

"History has proven that nations take time to evolve," the president declared. "We should rejoice in our democracy because it enables us to be united by our differences, not destroyed by them."

He added: "And there is no more crucial time for us to be united than now."