The government as well as various political parties have condemned the attack in which Boko Haram has been fingered. 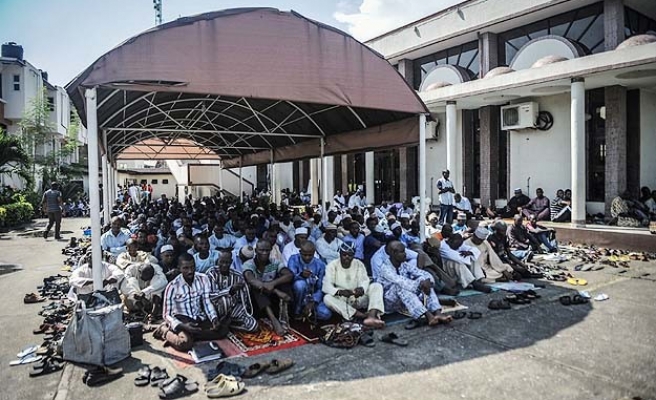 Nigeria's leading opposition All Progressive Congress (APC) has postponed its internal elections for state parliament "as a mark of respect" for victims fallen in Friday's attack that targeted a major mosque in the northwestern city of Kano.

"The APC has postponed its House of Assembly primaries scheduled for Monday, December 1, across the nation, by one day as a mark of respect for those who were killed in Friday’s terrorist attack," party spokesman Lai Mohammed said in a statement on Sunday.

The adjournment also came "in sympathy with those who were injured or affected one way or the other by the senseless attack," he added.

So far, no official figure has been released on the death toll from the massive explosions and shooting at Kano's grand mosque but figures from different quarters indicate that between 50 and 100 people had been killed.

The government as well as various political parties have condemned the attack in which Boko Haram has been fingered.

"All the dates for other primaries remain unchanged,” Mohammed added.

APC described the attack as a "monumental national tragedy" and said it "cannot be oblivious to the plight of the victims of the absolutely condemnable and totally incomprehensible attack on defenseless citizens in such a hallowed place as a mosque."

Nigeria's general election is slated for February of next year, but preparations have already begun for the polls.