Nigerian President Jonathan is considering not standing in elections due next January but will make his intentions known by the end of the month, a source said. 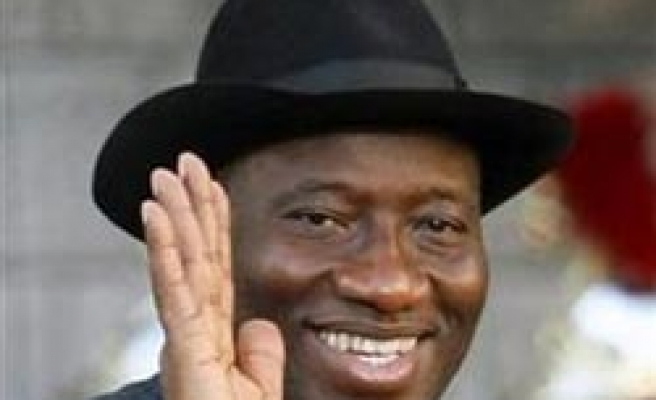 Nigerian President Goodluck Jonathan is considering not standing in elections due next January but will make his intentions known by the end of the month, a presidency source told Reuters on Tuesday.

An election bid by Jonathan, who is from the southern Niger Delta, could split the ruling party due to an agreement that power rotates between the Muslim north and Christian south every two terms, meaning the next president should be a Muslim northerner.

The People's Democratic Party (PDP) has said Jonathan has the right to run, because he was previously vice president on a joint ticket with northern President Umaru Yar'Adua, who died mid-way through his first term earlier this year.

But the party also said that it would uphold the principle of "zoning" and that other candidates were free to contest at its primaries, expected to be held in September.

"He is not likely going to run, simply because his party has retained the zoning of the presidency to the north for the next four years," the presidency source said, asking not to be named.

"Though his party said he can run despite the zoning, the party said this because they didn't want to offend him."

The source said Jonathan would make his intentions public before the end of August. Presidency officials declined comment.

"(He) is a man that always ensures equity and fair play, so he may allow the north to have their remaining four-year term if that will ensure peace and unity," the source said.

"Everybody knows that groups and interests are campaigning for him, and they are well-funded ... Nobody is deceived," said Abubakar Momoh, politics professor at Lagos State University.

"I don't believe in this idea of mobilising but then saying, 'I'm not too sure yet'," he said, adding Jonathan's failure to declare was "impinging on his integrity".

But sources close to the president have been saying for weeks that he is concerned about the implications of ending zoning and about his own credibility as a candidate in polls he says he wants to make free and fair.

Should Jonathan not run in 2011 in order to uphold the zoning principle, his southern home region would be next in line to present a presidential nominee in 2015 and he would be in a position to stand with his credibility intact, his allies say.

Two northern candidates -- former military leader Ibrahim Babangida, known by his initials IBB, and former vice president Atiku Abubakar -- have already declared they would run against Jonathan to seek the PDP nomination for 2011.