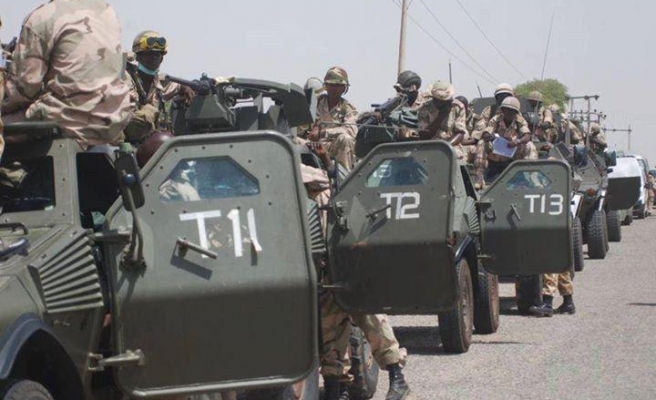 The Nigerian army on Tuesday retook the twin towns of Gamboru and Ngala in Nigeria’s northeastern Borno State from Boko Haram militants who had held the border community for the last several months, according to an army statement.

“The army today retook the economic and strategic town of Gamboru-Ngala in Borno State from the Boko Haram terrorist group,” army spokesman Sani Usman said in a Tuesday statement posted on Facebook.

The spokesman refrained from saying, however, whether any militants or army troops had been killed in the recovery operation.

Gamboru-Ngala, which hosts the headquarters of the Borno State government, lies on Nigeria’s border with Cameroon.

In March, the Chadian army claimed to have captured the town from Boko Haram, but later withdrew after what it described as the “failure” of Nigerian troops to occupy it.

The Nigerian army, for its part, denounced the claim amid a sharp war of words in which the two countries blamed one another for the loss of the strategic border town.

In the run-up to the town’s capture by the militants last year, Gamboru-Ngala had suffered repeated Boko Haram onslaughts, in which numerous people were killed.

Boko Haram has waged a violent insurgency in Nigeria's northeast since 2009. In recent months, however, it has broadened the scope of its attacks, striking targets in Niger, Chad and Cameroon – all of which have allied with Abuja in an ongoing regional counter-terrorism campaign.