Security sources at the time said soldiers were angered by a lack of equipment and support after an ambush on a convoy of their colleagues by Boko Haram militants. 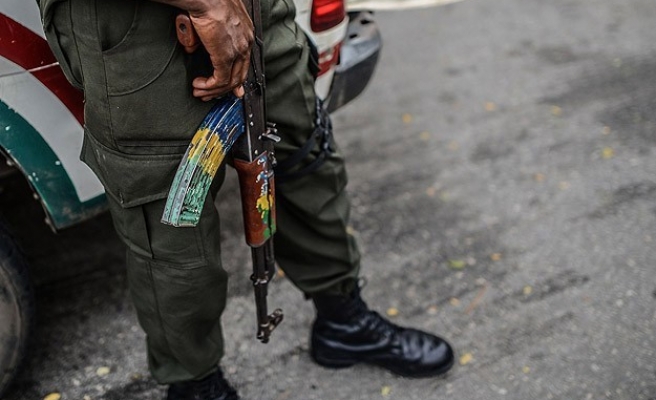 Nigeria's military authorities have sentenced 12 soldiers to death by firing squad for mutiny in the northeastern region where a Boko Haram insurgency is raging, they said on Tuesday.

The soldiers also attempted to kill their commanding officer during the mutiny in May, a statement from the military said.

Another five involved were discharged and one was given a four-week jail term.

The mutiny took place at Maimalari Barracks, Maiduguri, the statement said. Security sources at the time said soldiers were angered by a lack of equipment and support after an ambush on a convoy of their colleagues by Boko Haram militants.

Nigeria's military, backed by war planes, has been fighting to push back recent advances by Boko Haram.

"The nine-member all-military court martial also found the soldiers guilty of insubordination (and) use of abusive language," the statement said.

"They were found guilty of attempting to kill their erstwhile General Officer Commanding Maj.-Gen. Ahmed Mohammed, by shooting at his official car between May 13 and 14, 2014."

The tribunal's head, Major General Chukwueka Okonkwo, also ruled that they were guilty of "obstructing the evacuation of their dead colleagues who were killed in an ambush on their way from an operation in Chibok, Borno State".

Chibok was the scene of a mass abduction in April of more than 200 schoolgirls that grabbed world headlines. The girls remain in captivity.

Boko Haram, which has killed thousands since it launched its anti-government insurgency in the northeast in 2009, has in recent weeks captured and held a string of towns and villages in the region, sometimes forcing the Nigerian military to retreat.