Nigeria to extradite citizen to US over 'terror' charges 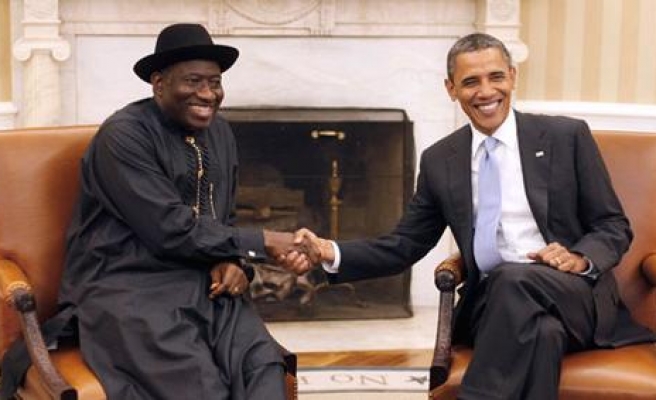 The Nigerian government has filed an application with a federal court in Abuja, the political capital, to allow the extradition of Lawal Olaniyi Babafemi, a Nigerian citizen, to the US on Al-Qaeda link and terror charges, which his defense team plan to fight.

"We will challenge the extradition request after we have studied the processes," S. O. Yahaya, Babafemi's lawyer, told Anadolu Agency.

He did not explain on what ground they would fight the request.

A US magistrate at the District Court of the Eastern District of New York has already issued a warrant arrest for Babafemi.

The US also suspects him of belonging to al-Qaeda in the Arabian Peninsula (AQAP).

Babafemi will be extradited to the US if the trial judge approves the request, which has not been opposed by any human rights organization so far.

If the application succeeds, it would be the first time Nigeria has extradited a citizen to stand trial in another country.

If convicted he faces a minimum sentence of 10 years and maximum of life imprisonment.

Babafemi, who until now was based in the US, fled to Nigeria after realizing that he was to be arrested by operatives of the Federal Bureau of Investigation (FBI).

He is currently in the custody of the Nigerian Department of State Services (DSS).

Prosecution is claiming that Babafemi travelled to Yemen between January 2010 and August 2011 to train with AQAP and relate with its senior members, including the now deceased Anwar al-Aulaqi and Samir Khan.

Babafemi was said to have admitted during interrogation at the DSS detention center that he was paid about $8,600 by the AQAP to return to Nigeria and recruit some English-speaking individuals to work in the group's English language media arm, blamed for radicalizing English-speakers recruited to commit terrorist attacks on AQAP's behalf.

The Nigerian extradition application, prepared by the office of the federal attorney general, has been deferred to August 28 at the request of the defense team, which sought for more time to prepare its defense.

The Nigerian government had on July 5 arraigned Babafemi and Luqman Babatunde for allegedly receiving $8,600 from AQAP to fund the recruitment and transportation of prospective Nigerian members of the terrorist group to Yemen.

The allegation constitutes an offence under Section 13 (a) of the Nigeria’s Terrorism (Prevention) Act 2011 and punishable under paragraph (c) of the same section of the Act.

Their alleged attendance of AQAP meeting is also an offence under Section 3 (c) of the Terrorism (Prevention) Act 2011.

Both men pleaded not guilty to the charges brought against them.

But the extradition request is silent on Babatunde.