The head of Nigeria's electoral commission has said the country will hold a presidential election as scheduled on Feb. 14, rejecting a call from one of the president's advisors to delay them. 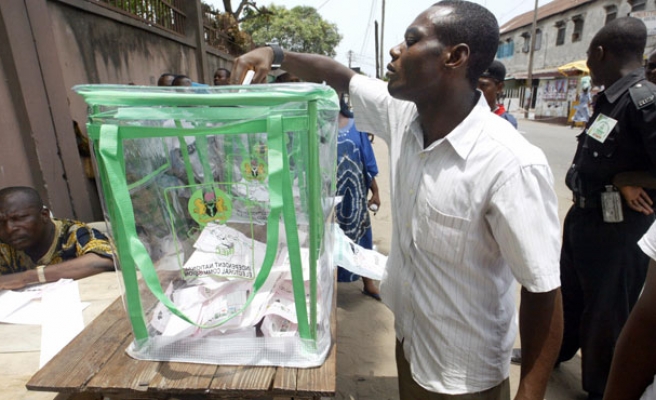 Nigeria's Council of State has decided to stick with Feb. 14 as the date for its presidential election, Imo state governor Rochas Okorocha said on Thursday, quashing concerns that the poll may be postponed.

National Security Advisor Sambo Dasuki caused outrage when he called for a delay last month due to the slow distribution of voter I.D. cards necessary for accreditation at the polls.

Goodluck Jonathan of the ruling People's Democratic Party will face former military ruler Muhammadu Buhari of the All Progressives Congress.

The APC and civil society members criticised calls for a delay, saying this would bring the credibility of the election into question and that the People's Democratic Party sought a postponement because it feared losing.

"No decision was taken to change the date. The date remains Feb. 14, INEC (Independent National Electoral Commission) reassured us that they are prepared to conduct the election," Okorocha told journalists.

The Council of State is made up of the two presidential candidates, governors and former state leaders and electoral commission chairman Attahiru Jega.

On Wednesday, INEC said it had distributed 44 million cards out of 68.8 million, with just 10 days to go. Eleven states out of 36, plus the federal capital territory, had distributed less than 60 percent of their cards and Lagos, the most populous state and an opposition stronghold, had handed out less than 40 percent.