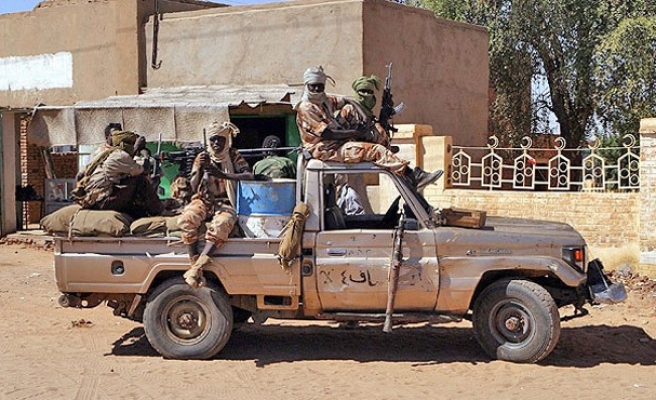 A leading Nigerian rights group has filed a petition with the International Criminal Court (ICC) to investigate and bring to justice individuals accused of funding the Boko Haram militant group.

"International adviser to Nigeria Dr. Stephen Davis, who for months was involved in negotiations on behalf of the federal government with commanders of Boko Haram for the release of over 200 schoolgirls... has named certain high-ranking public officials as sponsors of Boko Haram," Adetokunbo Mumuni, head of the Socio-Economic Rights and Accountability Project (SERAP), said in the petition, which was addressed to ICC Prosecutor Fatou Bensouda.

"Among others, Dr. Davis disclosed that a former governor of Borno [considered a Boko Haram stronghold], a former chief of army staff, and a former top official of the Central Bank of Nigeria have provided funds and other logistics to Boko Haram to commit crimes under international law," added Mumuni.

In a recent interview with a U.S. television channel, Davis claimed that several Boko Haram commanders had told him that Senator Ali Modu-Sheriff – who served as Borno State governor from 2003 to 2011 – and Lt. Gen. Azubuike Ihejirika – who was removed as army chief in January – represented the group's main backers.

The claims could not be independently verified.

Neither the militant group nor the government has commented on the allegations.

While there had been earlier reports of army instructors caught training the insurgents, the latest claims surprised many observers.

The allegations against the former state governor are not new. Modu-Sheriff had repeatedly been accused of being the mastermind behind the insurgency – although his exact role in the crisis remains hazy at best.

It calls on the court to ask government representatives to provide written or oral testimony at the seat of the court.

The rights group hopes the ICC will bring to justice those suspected of sponsoring the insurgency and who are therefore responsible for committing crimes – including extrajudicial murder – under international law.

Mumuni insisted that the Nigerian government could not be trusted to prosecute those indicted by Davis.

"We remain concerned that, given the antecedents of successive governments to ignore reports and recommendations of national agencies and institutions in situations like this, we are convinced that intervention by the ICC will bring international pressure to bear on the government," he said.

"Additionally, given the weak criminal justice system and the fact that successive governments have shown themselves either unwilling or unable to prosecute suspected perpetrators of international crimes in places like Jos [in Plateau State], the intervention by the ICC will ensure that the truth is told about those sponsoring the Boko Haram attacks," he added.

The rights group argued that the ICC prosecutor was empowered to lead such a probe under the Rome Statue "if the [U.N.] Security Council or states parties refer a situation or if information is provided from other sources, such as the information SERAP is providing in this case."

Outlawed in Nigeria, Turkey and the U.S., Boko Haram has been blamed for thousands of deaths and scores of violent attacks across Nigeria, especially in the country's restive northeastern region.