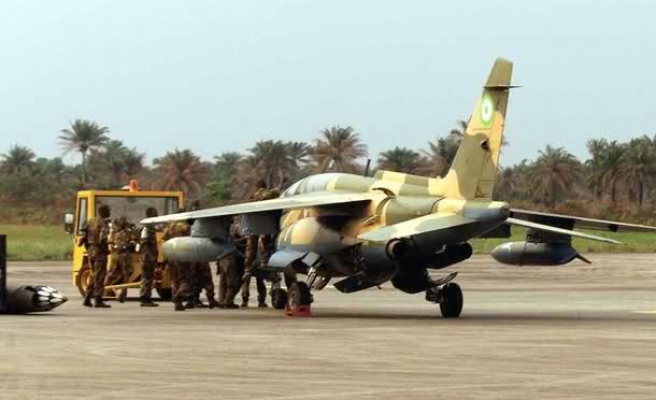 Fighter jets have bombed camps belonging to Boko Haram in northeast Nigeria in response to a massacre of students at an agricultural college, an army spokesman said on Thursday.

Boko Haram is suspected of carrying out the night-time raid on a college in Yobe state on Sunday, in which students were dragged out of their beds and shot. Forty-one were killed.

Boko Haram, which has not claimed responsibility for the attack, is fighting to impose an Islamic state in religiously-mixed Nigeria. It has become the biggest security threat to a country that is Africa's second largest economy and top oil exporter.

"We used jet fighters to drop bombs on terrorist camps, where many of the insurgents were killed," said Captain Eli Lazarus, military spokesman in Yobe state.

He said the strikes were carried out on Monday near Majari village on the border between Yobe and Borno, the two states worst hit by Boko Haram's four-year-old insurgency.

Soldiers have arrested 15 people suspected of involvement in the college attack and patrols along main roads in Borno and Yobe have been reinforced, Lazarus said.

Nigeria's army has in the past exaggerated its capabilities and successes and played down casualties among soldiers and civilians, security and diplomatic sources say.