A defence spokesman said on Sunday evening that air strikes had been carried out take back the town after ground troops were forced to retreat. 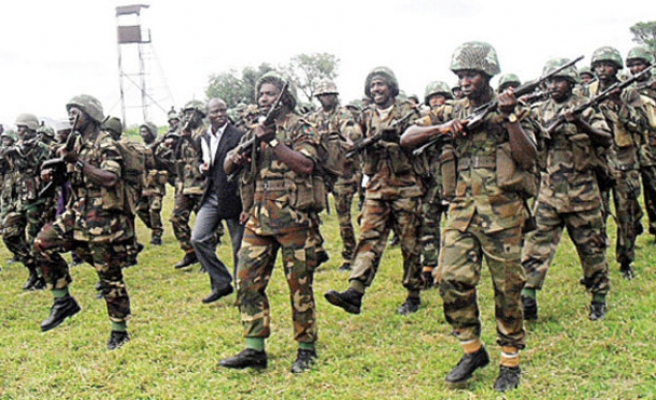 Nigerian troops backed by air strikes were fighting on Monday to recapture the northeastern town of Monguno from Boko Haram insurgents who had seized it a day earlier, security sources said.

The insurgents had launched several simultaneous attacks early on Sunday. One hit the outskirts and airport of the main northeastern city of Maiduguri, the birthplace of Boko Haram's five-year-old insurgency, which it covets as the potential capital of an Islamic state.

They then hit two other towns, including Monguno, which lies on the shores of Lake Chad.

A defence spokesman said on Sunday evening that air strikes had been carried out take back the town after ground troops were forced to retreat.

"The operation resumed on Monguno this morning through air bombardment to dislodge the insurgents," a security source said on Monday.

At least 15 soldiers were killed along with more than over 25 civilians in the town on Monday, a source said.

Soldiers in Monguno said on Sunday they had fled because of the insurgents' superior fire power.

Monguno lies near the larger town of Baga, where a military base was taken over by Boko Haram in early January in an attack that left scores of civilians dead.

In a subsequent video, the insurgents claimed responsibility for the capture of Baga and said they had seized enough weapons to "annihilate Nigeria".

The conflict has intensified in the past year and the government's handling of the security situation is major issue in the campaign for a presidential election on Feb. 14 which pits President Goodluck Jonathan against former military ruler Muhammadu Buhari.

In a visit to Nigeria on Sunday, U.S. Secretary of State John Kerry said the United States was committed to helping Nigeria fight Boko Haram but its ability to do so would hinge on how the well election is conducted.