The $1.4 billion repayment, which follows a smaller payment to creditors of $400 million earlier this year, will allow the country to halve its fuel debts to $1.7 billion, sources at three trading companies told Reuters. 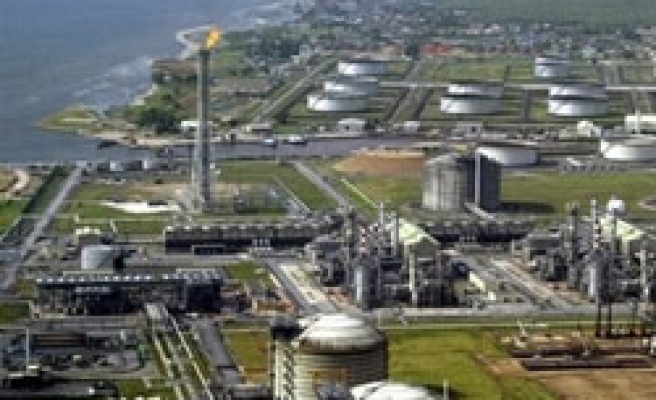 Nigeria has repaid $1.4 billion in mostly overdue debts to fuel traders after raising the money via an oil prepayment loan from international lenders, successfully concluding some of the most painful and lengthy debt talks in its history.

The $1.4 billion repayment, which follows a smaller payment to creditors of $400 million earlier this year, will allow the country to halve its fuel debts to $1.7 billion, sources at three trading companies told Reuters.

It will ease the threat of large write-downs for big trading houses, oil firms and Nigerian banks, as well as lowering the risk of insurance claims and legal action from traders, bankers and insurers against the Nigerian National Petroleum Corporation (NNPC).

"The fact that this debt was not solved was creating a lot of tensions - both for Nigeria's desire to put its finances in order and for traders, because a lot of these debts were massively overdue," said a high-level source at a major trading house.

The funds were used to settle old debts of state oil firm NNPC's marketing unit PPMC for gasoline and jet fuel imports made three years ago.

The loan was agreed back in December but it took six months for the money to be disbursed as the deal structure needed to be validated with multiple stakeholders and Nigerian authorities, sources said.

Almost all major trading house including Mercuria, Glencore , Vitol, Arcadia and Trafigura are among Nigerian creditors.

The OPEC member is among the world's top 10 crude oil exporters but has insufficient refining capacity to meet its domestic fuel needs and is heavily reliant on imports, on which it pays costly subsidies to keep a lid on retail petrol prices.

The $1.4 billion loan will be repaid over five years with NNPC putting 15,000 barrels per day of oil production as collateral, the source said. Crude will be sold by Nigerian trader Sahara Energy.

The remaining $1.7 billion of debt is owed to trading houses as well as oil majors BP,Royal Dutch Shell and Total for supplies of fuel in the last three years.

Repaying this debt will be more challenging as NNPC has committed most of its available oil flows for the next five years and which can generate additional cash only if oil prices stay much above $75 per barrel.

"Some more recent PPMC creditors did not get any proceeds from the recent drawdown, and cannot afford to be waiting and financially bleeding for another five years with no clear repayment roadmap," one source said, adding a solution could be found via an increase of the allocation of oil for creditors.