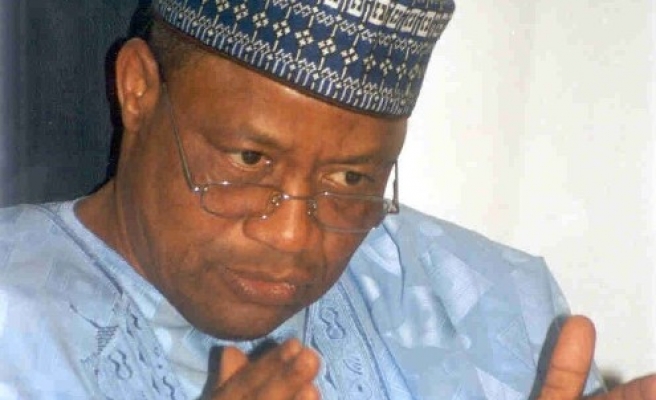 "(The ruling party) accepts that all of us including Jonathan have the right to contest and I will exercise my franchise," Babangida said in a speech, a copy of which was read to Reuters on Monday by his spokesman.

Babangida seized power in the OPEC member state in August 1985 and ruled Africa's most populous country for nearly eight years. He was forced to step down in 1993 after he annulled an election that was generally regarded as fair.

The declaration by Babangida, a Muslim from the northern Nigerian state of Niger, poses a further challenge to any ambition by Jonathan, a Christian from the southern Niger Delta, to seek re-election in the polls due in January.

An unwritten agreement in the ruling People's Democratic Party (PDP) says power should rotate between the Muslim north and Christian south every two terms, meaning the next president should be a northerner if the principle is maintained.

Jonathan has not yet said whether he plans to stand, but a bid would need the support of northerners within the PDP to be guaranteed victory in the polls.

The presence of two northern candidates for the PDP primaries reduces his chances of winning their support.

It is only in Nigeria you see treasury robbers likened to armed robbers and 4-1-9 associates come out in broad day light and have the gut to contest election. Babangida and the other looters suppose to be resting in their 6 feet holes. The so called Niger Delta militant ought to be killing the treasury looters [both past and present]... because they are the root of all the problem in the country.