Buhari said the presidential and state level elections on March 28 and April 11 must now be sacrosanct and that the party would not tolerate any further interference in the vote. 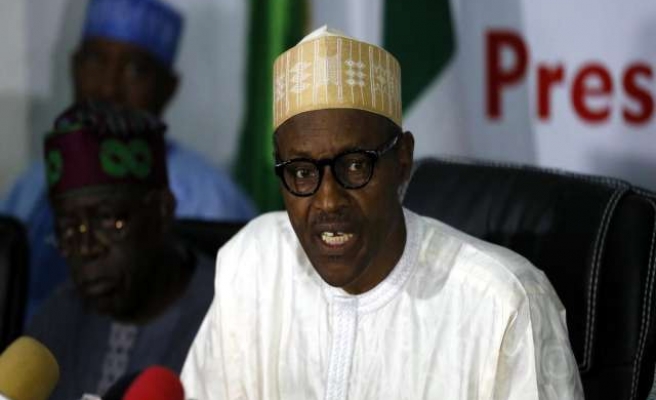 Nigerian opposition presidential candidate Muhammadu Buhari called for calm in the country and cautioned against any violence following the election postponement, which he said was engineered by the ruling People's Democratic Party.

Foreign powers are closely following events in Africa's biggest economy and have voiced concerns there could be a repetition of violence that followed 2011 elections when 800 people died and that a delay would stoke unrest in opposition strongholds.

The poll will pit incumbent Goodluck Jonathan of the PDP against former military ruler Buhari of the All Progressives Congress (APC) in what is likely to be the most hotly contested election since the end of military rule in 1999.

"Any act of violence can only complicate the security challenges in the country and provide further justification to those who would want to exploit every situation to frustrate the democratic process," Buhari said.

The decision to postpone was widely viewed as the Independent Electoral National Commission (INEC) yielding to pressure by the PDP, which the opposition said feared it could lose.

Nigeria's electoral commission said it postponed the Feb. 14 elections to March 28, after security chiefs told INEC that it could not guarantee security owing to operations to combat the Boko Haram.

"It is important to note that although INEC acted within its constitutional powers, it is clear that it has been boxed into a situation where it has had to bow to pressure," Buhari said.

The insurgents have taken over swathes of territory in the northeast. Nigeria's army has been lagging in the fight, with Chad now sending in troops to assist while Cameroon has been pushing back incursions into its territory.

Buhari said the presidential and state level elections on March 28 and April 11 must now be sacrosanct and that the party would not tolerate any further interference in the vote.

Earlier on Sunday, President Goodluck Jonathan said he was committed to May 29 as the terminal date of his first term in office and also called for calm.

"President Jonathan believes that this is not a time to trade blames or make statements that may overheat the polity,"Reuben Abati, presidency spokesman, said in a statement.