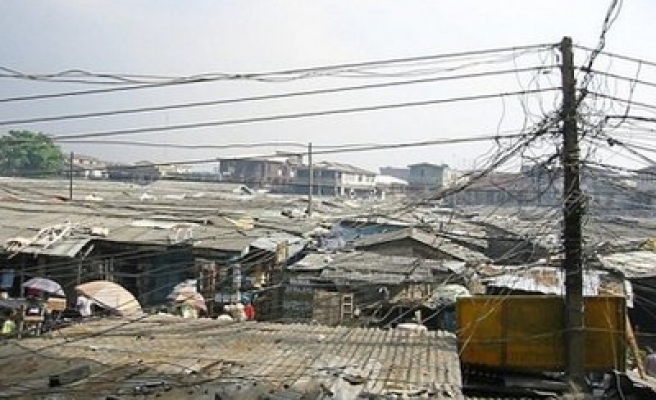 Nigeria's electricty workers' union suspended a nationwide strike on Thursday after the government agreed to pay salary arrears, hours before President Goodluck Jonathan was due to unveil reforms to the power sector.

The industrial action by members of the National Union of Electricity Employees (NUEE) had threatened to overshadow Jonathan's unveiling of a roadmap to end chronic power outages in Africa's most populous nation.

"We have signed an agreement with the government to suspend the strike," NUEE President Mansur Musa told Reuters, adding that the industrial action had been launched after salary payments were suspended a month ago.

"They said they would continue payment ... and it would be completed within a week from today," he said.

Jonathan's special adviser on power, Barth Nnaji, said thousands of electricity workers at state utility PHCN had already been paid arrears that had been owed for several years and that checks were being made for others to be paid.

"They have been owed this money for the last seven years, and this government within its short timespan has been able to raise the money and actually paid it into the PHCN account," Nnaji told Reuters by telephone.

"We want to know those who are genuine beneficiaries of this money because there could be ghost workers. Thousands have already been verified and paid," he said.

Despite being Africa's biggest oil and gas producer, Nigeria is plagued by constant power outages and for many in the commercial capital Lagos and other cities -- already used to regular blackouts -- the strike made little tangible difference.

But residents in the capital Abuja, where electricity supply is generally more constant, complained of a near total-blackout.

"Abuja is in total darkness. Everywhere is dark apart from a few houses with generators and car headlamps on streets," one resident in the city said late on Wednesday.

Jonathan's reform plans, which involve privatising electricity generation and distribution, are aimed at ending the power outages and could unlock billions of dollars in private sector investment.