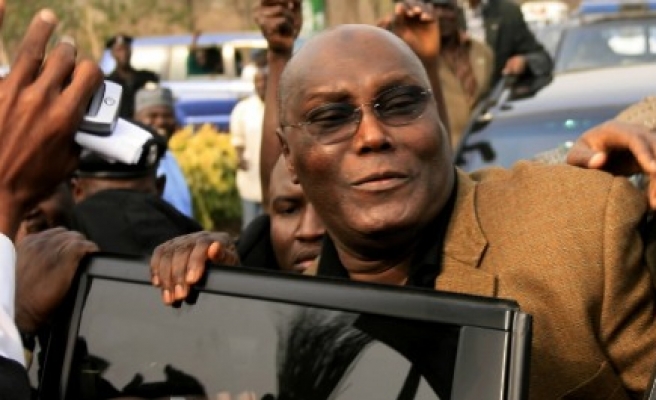 Nigeria's former vice president Atiku Abubakar has quit the ruling People's Democratic Party (PDP) and announced he will be joining the opposition All Progressive Congress (APC) to "save the country."

"This is the right decision," Abubakar, who was vice president between 1999 and 2007 and is a founding father of the ruling party, said in a statement late Sunday.

"As in 2006 it is the struggle for democracy and constitutionalism and service to my country and my people that are driving my choice and my decision," he wrote.

Abubakar left the party in 2006 at the height of his disagreement with former president Olusegun Obasanjo.

He returned to the PDP later in 2010 and contested the presidential primaries against incumbent President Goodluck Jonathan as a consensus candidate of some powerful northern politicians.

"Let me emphasize that this is not about me," Abubakar insisted.

"We have to have a country before people can aspire to lead it, but as it is today we may be losing this country. That is not acceptable," he stressed.

"I encourage my political associates and friends to register and join the APC once the registration exercise commences, so that together we can change this country for the better."

Last October, Abubakar led some rebel governors in the crisis-ridden PDP to form a faction of the party later known as the New PDP.

That faction - excluding two governors who later opted out - has since fused into the opposition APC.

The squabble is seen as fallout of the politics of who flies the PDP's presidential ticket in the 2015 race.