His widely expected announcement was a formality after he had already picked up nomination papers from his ruling People's Democratic Party (PDP) last month, signalling the intent to run. 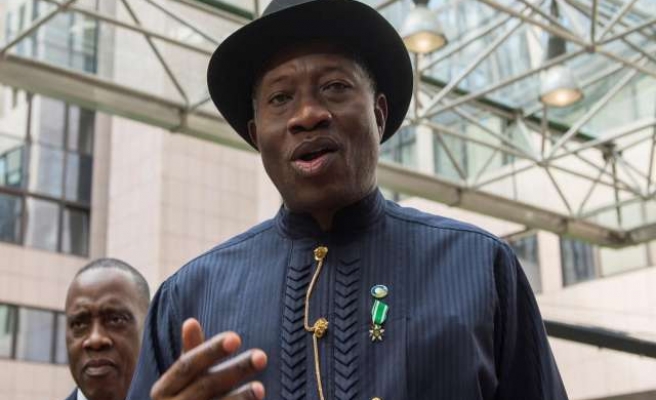 Nigeria's President Goodluck Jonathan announced on Tuesday he would seek a second term in a February election and vowed to defeat a five-year-old northern insurgency that has blighted his leadership of Africa's biggest economy.

"After seeking the face of God, and in the quiet of my family, and after listening to the clarion call of Nigerians, I have accepted to present myself to serve a second term," Jonathan told cheering supporters at a rally in Abuja.

His widely expected announcement was a formality after he had already picked up nomination papers from his ruling People's Democratic Party (PDP) last month, signalling the intent to run.

Jonathan, a southern Christian president in Africa's top oil producer, is seen as a strong incumbent despite a raft of multi-billion-dollar oil scandals and his government's inability so far to end the insurgency waged by Boko Haram, mostly in the Muslim north.

The announcement came a day after a suspected Boko Haram bomber attacked a school in the northeast town of Potiskum, killing at least 48 people.

Before speaking at the rally, Jonathan asked for a minute's silence in memory of the students killed on Monday.

Referring to Boko Haram, Jonathan said: "This has cast a dark cloud over our nation, but we will surely win the war on terror."

His government has come under heavy criticism for failing to halt almost daily Boko Haram attacks, and especially for the mid-April abduction by the group of more than 200 schoolgirls.

A ceasefire agreement with Boko Haram unilaterally announced by his government last month has failed to stop the violence.

"We will surely get our daughters freed and defeat terror in our country," Jonathan said.