"Henceforth I will only be a Nigerian. I am ready to work with anybody regardless of his or her political affiliation," Obasanjo said. 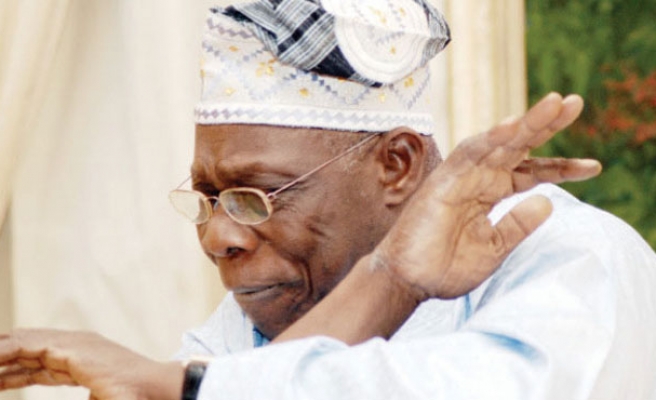 Former Nigerian President Olusegun Obasanjo has quit the ruling People's Democratic Party (PDP) that he helped found, in a blow to President Goodluck Jonathan six weeks before an election.

Obasanjo, a heavyweight in regional politics and godfather of many a Nigerian politician, had long expressed dismay over Jonathan's handling of the Boko Haram insurgency and corruption scandals in the oil sector.

"Henceforth I will only be a Nigerian. I am ready to work with anybody regardless of his or her political affiliation," he said in a statement printed in the local press on Tuesday.

He tore up his party membership card at his home in Abeokuta, southwest Nigeria, late on Monday, local media reported.

"Without Nigeria there will be no PDP anymore ... What some of us should be concerned about is how to make Nigeria stronger," Obasanjo, 77, a former mentor of Jonathan, said.

PDP spokesman Olisa Metuh said the party was "deeply saddened that Chief Obasanjo, whom the PDP offered the platform to rule our nation for eight years, could decide to abandon this party at this critical point in time".

Obasanjo's decision to dump the party that helped smooth Nigeria's transition from decades of military dictatorship to democracy when he took power as a civilian president in 1999 was no great surprise.

In an interview with the Financial Times last week, Obasanjo endorsed Jonathan's rival Muhammadu Buhari of the opposition All Progressives Congress (APC), a former military ruler in the 1980s seen as tough on security and corruption.

In 2013, Obasanjo wrote an open letter to Jonathan urging him not to seek a second elected term, likening his tenure to that of General Sani Abacha, whose five years of military rule in the 1990s were marred by human rights abuses and the looting of funds from Africa's biggest oil producer.

He is also critical of Jonathan in his autobiography launched this month, which has been banned in Nigeria.

The military on its website accused Obasanjo of "indulging in politicisation of serious national security or military affairs".

Ever since the electoral commission delayed the election by six weeks -- it was supposed to happen on Saturday -- under pressure from the military, doubts have gathered over the role of the security services in the poll preparations.

The military was accused of interference when the electoral commission revealed that it had urged the delay to give more time quell the six-year-old Boko Haram insurgency.