He has claimed the investigation is politically motivated and, in an open letter published in several newspapers in Niger attacked President Issoufou. 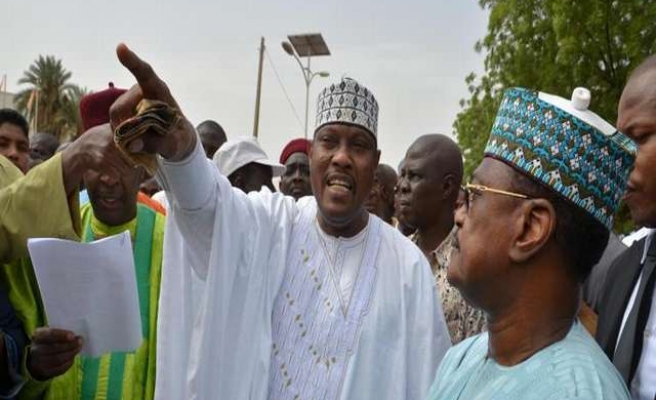 Niger's parliament speaker and leading opposition figure Hama Amadou, who is wanted for questioning in his home country on suspicion of involvement in baby-trafficking, has flown to Europe, officials in Burkina Faso said on Sunday.

Hama, a former ally turned political rival of President Mahamadou Issoufou, had fled to the Burkinabe capital Ouagadougou on Thursday after parliamentary leaders in Niger authorised his arrest.

"He left Ouagadougou on Friday night on a Brussels Airlines flight to Brussels," a senior security source told Reuters.

A source close to the Burkinabe presidency confirmed that Hama had left the country and said that from Brussels he had continued on to Paris.

Seventeen people, including the wives of several senior politicians, were arrested in June by police investigating allegations they acquired new-born babies from "baby factories" in neighbouring Nigeria.

Hama's second wife was among those detained in the affair. However, he has claimed the investigation is politically motivated and, in an open letter published in several newspapers in Niger on Sunday, he attacked President Issoufou.

"To my countrymen of all political leanings I want to say that no one is safe anymore, including those who, for whatever motivations, contributed to the birth of a monster that will finish by devouring them all," he wrote.

The public prosecutor handling Hama's case has said that the politician challenged the government's efforts to arrest him in the Constitutional Court. If the challenge is rejected, judicial authorities could issue an international warrant for his arrest.

"Wherever he is, he is not on the run," said opposition spokesman Ousseini Salhatou. "He left for his security. We prefer to have Hama alive rather than dead."

Political tensions have risen in Niger since last year when Hama, who had been part of Issoufou's coalition, fell out with the president.

Issoufou's government has accused him and his Nigerien Democratic Movement (MODEN) party of trying to destabilise the uranium-exporting, West African nation.