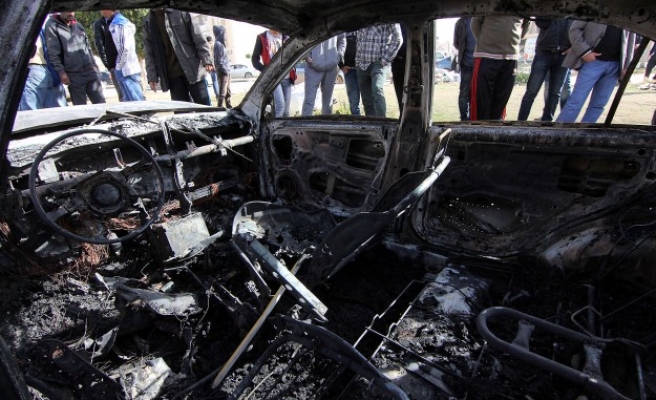 Heavy clashes broke out on Tuesday between a former Libyan general's forces and fighters in the eastern city of Benghazi, killing at least nine people, medics said.

Armed rebels are trying to prise Benghazi's civilian and military airport from the control of government troops allied to former army general Khalifa Haftar, one of several conflicts gripping Libya three years after the ousting of Muammar Gaddafi.

The government and parliament have already had to pull back from the capital, Tripoli, after fighters seized control there.

In Tuesday's clash in Benghazi, nine soldiers were killed and 30 wounded when the rebels made a new push to approach the airport, a hospital medic said.

"We are still controlling the airport," Saqer al-Jouroushi, Haftar's air defence commander, told Reuters, adding that his troops had managed to ready four old helicopters and four MiG fighters from the Gaddafi era.

Haftar, who served in Gaddafi's army and was accused by the post-revolution government of trying to stage a coup against it, has declared war on several factions alligned with Muslim Brotherhood and teamed up with government forces in Benghazi.

But the weak government is unable to control former rebels who helped topple Gaddafi and are now fighting each other for power. Western powers and Libya's neighbours fear the country will turn into a failed state.

Libya's government and elected House of Representatives last month relocated to the remote eastern city of Tobruk after an armed group from the western city of Misrata seized Tripoli and most government institutions.

The Misrata forces now in control of Tripoli have set up a rival parliament and government that have not been recognized by the international community.

While clashes in the capital have mostly ended, the Misrata forces have been trying to surround the Warshefana tribal area west of Tripoli. Residents have reported heavy shelling for weeks.

"The fighting in Warshefana, which has been under way for several weeks, has left many people dead or injured, and has severely disrupted health-care services in the area," the International Committee of the Red Cross said in a statement after one of its teams delivered aid to a local hospital.

"The hospital, overwhelmed by the influx of war-wounded patients and virtually cut off from the outside world, has been beset by severe shortages of medicines and medical supplies," it said.