As a crackdown on Morsi's Islamist allies intensifies, observers warn that Nour would be next on the list for military-backed authorities 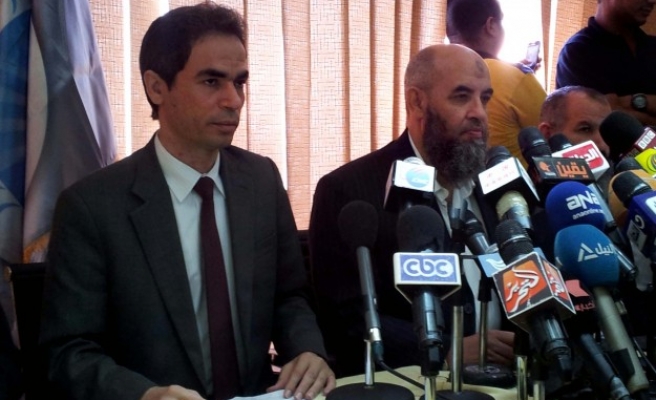 A leading member in Egypt's Salafist Nour Party has ruled out that his party's members would be subject to a crackdown that has been targeting Islamists in the country.

The Salafist party split ranks with Egypt's Islamist camp when it threw weight behind the army-imposed roadmap under which the country's first Islamist leader, Mohamed Morsi, was ousted following mass protests against his presidency.

Nour was also the only Islamist group to have a representative on a committee tasked with amending the country's constitution -- a major component of the army-imposed roadmap for Egypt's post-Morsi transition.

But as a crackdown on Morsi's Islamist allies, topped by the Muslim Brotherhood, intensifies, observers warned that Nour would be next on the list for the military-backed authorities.

But Mohamed Ibrahim, the party's representative in the 50-member constitution-drafting panel, shrugged off such worries.

"Talks that Nour's turn would come in the security crackdown have been around for some while, but it did not happen, and it would not happen," Ibrahim said in an interview with Anadolu Agency.

He also asserted that party is unfazed by calls inside the constitutional panel to ban political parties based on religion to prevent what they call "mixing religion and politics."

"We will stand against attempts to produce such article because it would be exclusionary and selective and would not set a clear-cut criteria," Ibrahim said.

"Most parties are based on the general principle that Islam is the [official] religion of the State, so would the State shut down all parties?" he wondered.

He also warned that such article could be used by any government "to close specific parties and keep others."

Article 219 describes the "principles of Sharia" as "all proofs, jurisprudential bases and sources agreed upon by Sunni schools."

The Nour party argues that article 219 aims to preserve Egypt's Islamic identity and prevents the establishment of a secular state.

It even threatened to call for a "no" vote in the following referendum on the proposed constitutional amendments if no agreement was reached on the article.

Ibrahim explained that the party is not adhering to the explanatory article itself, but would push for removing the word 'principles' from article 2.

Article 2 of Egypt's suspended constitution – approved last year via popular referendum – states: "Islam is the religion of the state, Arabic is its official language and the principles of Sharia are the main source of legislation."

"If the phrase 'principles of' was removed, Sharia would be enough in article 2, but if other members adhered to 'principles of Sharia', there must be a clarification for it," he added.

"We need a clear explanation for the word 'principles' so that no [Quranic] verse or Hadith would be excluded from being a source of legislation," he said.

He also expressed fears that the removal of the controversial article could lead to the spread of the Shiite version of Sharia. "We can find the [Iranian] 'Guardianship of the Islamic Jurists' system acceptable under such change," he said.

Ibrahim also dismissed criticisms leveled against the party from both secularists and Islamists for taking part in the constitutional assembly.

Nour was accused  by Islamists of 'betraying' their camp by supporting the military-imposed roadmap while secularists recalled that the party refrained from joining the anti-Morsi protests that began on June 30 and eventually led to Morsi's ouster.

"We have dialogue with other members in the constitutional committee. We can touch positive response from some, and I think we would reach a consensus," he said.

"We grow more sure every day that we took the right decision," he said.

Yet, he said, although the party is represented in the constitution-drafting panel, it could call for a 'no' vote after all.

"If the final draft was adopted and the article on banning religious-based parties was passed, we would return to our popular bases and assess the draft as a whole to make our decision whether to support or to reject it in the referendum," he said.