NSF leader likely to back Sabbahi if Sisi opts out

The senior NSF figure, who asked not to be named, said there was some division on the issue within the front's ranks, but that most members tended to back Sabbahi for the presidency. 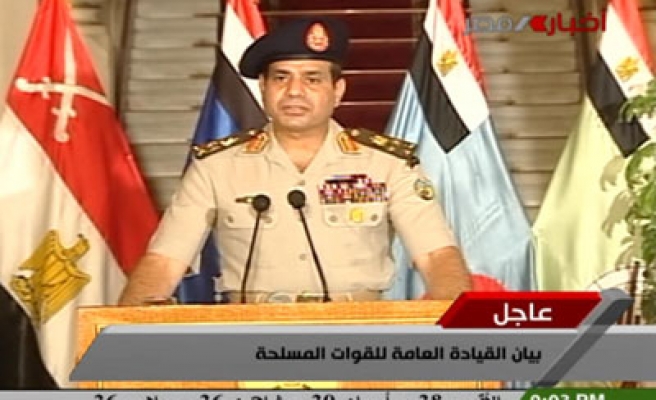 The senior NSF figure, who asked not to be named, said there was some division on the issue within the front's ranks, but that most members tended to back Sabbahi for the presidency.

Sabbahi, who came in third in the 2012 elections that brought Morsi to power, has yet to announce whether he plans to launch a fresh bid for the country's top post.

"The majority inside the front are leaning towards backing a civilian figure like Sabbahi to avoid objections that could be raised by other revolutionary powers if they declared their support for a candidate with a military background," the NSF leader said.

But if Defense Minister Abdel-Fattah al-Sisi opted to run, he added, "things will be different."

"Political powers will abide by the popular will," he said, noting: "Al-Sisi enjoys wide popularity."

Calls have grown in recent weeks for the country's top general to run for president.

Several web pages and online campaigns have recently emerged, especially on Facebook, calling for a presidential bid by al-Sisi.

However, military spokesman Ahmed Ali on Sunday said the general had no intention to run in elections.

"Al-Sisi has asserted more than once that protecting the will of the Egyptian people is far more important than ruling Egypt, and that he's not thinking about this," Ali told the Dubai-based Al-Arabiya news channel.

NSF spokesman Azzazi Ali Azzazi said the group had not yet discussed backing Sabbahi for president, asserting that any statement to this effect represented nothing beyond a personal opinion.

"There should first be consensus among all political factions about Sabbahi's candidacy," he said. He also rejected the need to draw a distinction between candidates from civilian and military backgrounds.

Senior NSF member Wahid Abdel Meguid told AA that Sabbahi had not asked for the front's electoral support. "But if asked, the majority would support him, although there will be others of a different opinion," he said.

A grassroots campaign backing Sabbahi for president said it was urging all political powers to throw their weight behind the leftist figure.

The campaign would support Sabbahi even if the NSF decided to back a candidate drawn from the military, campaign co-founder Mahmoud al-Sakka said.

"But if revolutionary and political powers agreed to support another civilian candidate, we would look into it," al-Sakka told Anadolu Agency. "Maybe we would even backtrack on our support for Sabbahi."