In an exclusive interview with the AA, Abdul Jalil said that Erdogan's upcoming visit to Libya would be historic for both the Turkish and Libyan peoples. 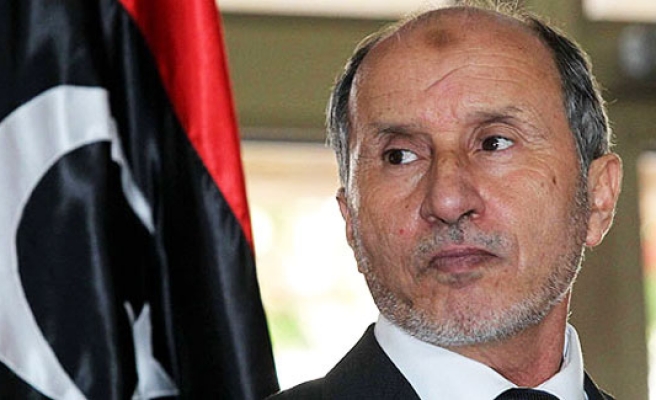 Chairman of the National Transitional Council (NTC) of Libya, Mustafa Abdul Jalil, has said that the people in their region loved Prime Minister Recep Tayyip Erdogan and Turkey.

In an exclusive interview with the AA, Abdul Jalil said that Erdogan's upcoming visit to Libya would be historic for both the Turkish and Libyan peoples.

Erdogan is a different figure. His approach to Muslims, reaction to the blockade on Gaza, stance on the war in Lebanon and approach to famine stricken Somalia have always attracted the attention of the Muslims and the Muslims appreciate Erdogan. With his acts, Erdogan added to the courage of the Ottomans, Abdul Jalil said.

We are trying to establish a civil and democratic country. We are trying to facilitate security and peace. We will make attempts to develop love and affection. Our relations will be proportional to the assistance our friends have provided, Abdul Jalil said.

Asked if they wanted to benefit from Turkey's experiences in the field of democracy, Abdul Jalil said that Turkey was a country constantly developing.

Libya will benefit from Turkey's experiences. We attach great importance to our strong relations with the Turkish government. We aim to benefit from experiences of Turkey in all fields, Abdul Jalil said.

The Libyan military will facilitate security and protect our borders. The military will also be responsible for the protection of oil facilities, Abdul Jalil said.

Damages incurred by Turkish companies during the Libyan civil war would be compensated by insurance companies. Those companies without insurance will not receive any compensation, Abdul Jalil said.

Those assisting Libya to have priority regarding oil"

Asked if NATO countries would have priority regarding Libyan oil and energy, Abdul Jalil said that everyone helping Libya will have a priority in all fields and not just oil and energy.

We are currently in the process of establishing a government that would embrace all segments in Libya, Abdul Jalil said.

We will give high importance to tranquility, Abdul Jalil said.

Those to be called to serve Libya in the new period will be individuals who have not caused bloodshed, who have not (illegally) used Libyan funds, who have not been involved in corruption and who have not taken a stance against the revolution, Abdul Jalil said.

Following the teachings of our Prophet Muhammad, staying away from what has been forbidden by our religion and by being attached to our religion, we will try to reconstruct our country, Abdul Jalil also said.