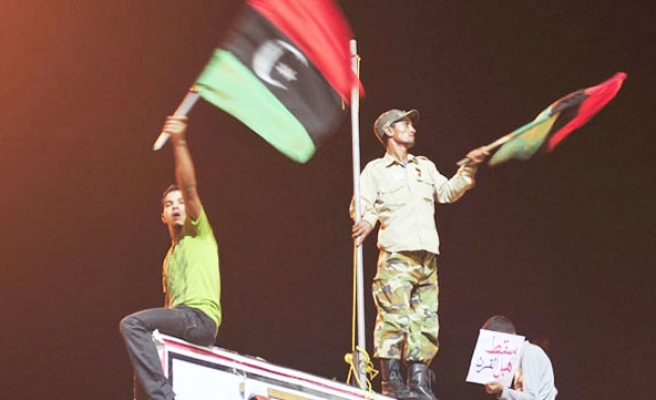 Opponents, who have been fighting against Muammar Gadhafi in Libya, gather around 54 different associations under the National Transition Council.

Opponents are fighting against not only Gadhafi's troops but also against difficult life conditions.

There are meeting points of these associations in different regions in Benghazi, where troops are directed.

Naji Al Magrabi, one of these colonels, is one of soldiers who brought the first tank out of Gadhafi's military base.

The number of people fighting under this association has dropped to 70-80. 86 people died, and 135 others were wounded. The rest returned to their homelands.

Most of the opponents do not have military training. They have learned how to use anti-aircraft and tanks when fighting at fronts.

A full coordination among associations cannot be ensured. The National Transition Council is asking every association to protect a region. Each association controls entrance and exit at their own region.

Soldiers waiting near Sirte, some 600 kilometers away from Benghazi, cannot often go home to see their families.

Different segments of the society join the battle in Libya, including teachers, students, soldiers who have escaped from Gadhafi, and Libyans who have come back from other countries.

However, there is authority gap among soldiers. A soldier, who wakes up early in the morning, starts battle by hurling the first bomb. Clashes escalate in the morning and afternoon.

The most important problem in Libya is what will happen to these irregular units, and how automatic guns that can be found in every house can be collected.