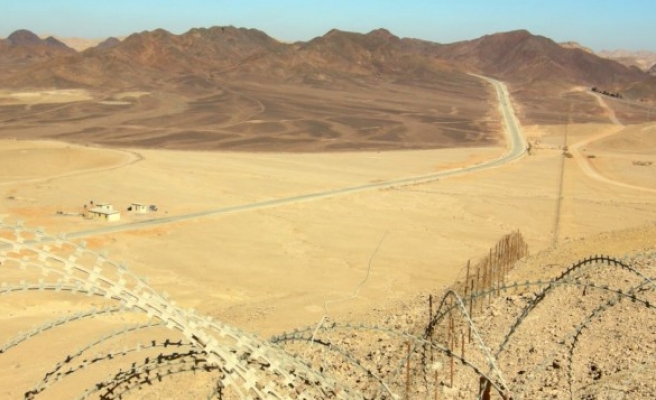 At least 22,263 Egyptians have returned from Libya over the past ten days through the western Salloum border crossing or via Cairo International Airport, Egyptian officials said Wednesday.

In a statement, Al-Anani Hammouda, security chief in Egypt's Matrouh province, said that some 2,140 Egyptians had returned via the Salloum crossing on Tuesday alone.

Tuesday's figures brought the total number of Egyptians to have returned from Libya over the past week via Salloum to 19,438.

On Wednesday, a flight arrived at Cairo International Airport from Tunis carrying 255 Egyptians returning from Libya by way of Tunisia, Egypt's Civil Aviation Ministry said in a statement.

The ministry added that a total of 2,825 Egyptians had arrived from Libya since Friday on board 11 planes.

"Daesh" is the Arabic acronym for the ISIL which last year overran vast swathes of territory in both Iraq and Syria.

The airstrikes came one day after a video appeared online purportedly showing the execution of 21 Egyptian nationals by masked Daesh militants in Libya.

Fractious Libya has remained a source of concern for neighboring Egypt since it descended into violence and chaos following the ouster and death of strongman Muammar Gaddafi in late 2011.