After initial calm in the capital Maputo, police said protestors began looting in the city's outskirts. 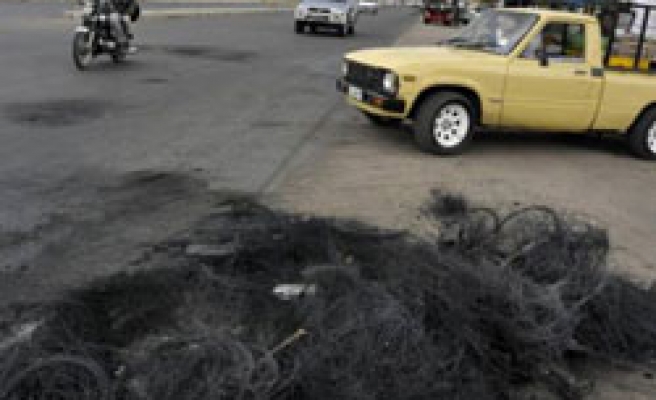 After initial calm in the capital Maputo, police said protestors began looting in the city's outskirts and officers used rubber bullets to disperse the crowds.

"Rioting has resumed on the outskirts of Maputo in Benfica and Hulene. They are trying to carry on looting. Police are firing rubber bullets and teargas to disperse them," police spokesman Arnaldo Chefo said.

There were no immediate reports of injuries.

Protests also broke out in the central town of Chimoio, 760 km (475 miles) north of Maputo, and at least six people were wounded after police opened fire on protesters, Portugal's Lusa news agency reported.

"Two of the wounded are in serious condition," Teresa Inacio, a nurse at the Chimoio provincial hospital, told Lusa.

The deaths in the disturbances which broke out on Wednesday included two children who were killed when police opened fire on protesters who blocked streets, set tyres alight and looted stores in the deadliest riots to hit the southern African country of 23 million since 2008.

Mozambique's Trade and Industry Minister Antonio Fernandes estimated damage at around 122 million meticais ($3.3 million) in the southern African country where 70 percent of the population lives below the poverty line.

"The losses from the events of Wednesday and Thursday are estimated at 122 million meticais and we registered seven deaths and 288 injuries," Fernandes told state-owned Radio Mozambique.

Opposition parties and human rights groups have criticised the government, saying it failed to gauge the anger that would be unleashed by the 30 percent bread price increase and hikes in water and electricity tariffs.

"The government underestimated the situation and can't understand or doesn't want to understand that this is a protest against the higher cost of living," Alice Mabota, head of the Mozambican League of Human Rights, told Lusa.

Although Mozambique is one of the fastest growing economies in Africa, it has never fully recovered from one of Africa's bloodiest civil wars, which ended in 1992, and it has a 54 percent unemployment rate.

"Things are getting back to normal now and we can resume our normal life," Police Constable Julia Fortes said while queueing for bread in a long line in central Maputo where the situation returned to normal on Friday.

Some Mozambicans said the riots had caused serious damage to the city's social structure.

The government-imposed price rise took the cost of a bread roll -- the bread staple of Mozambicans -- to 20 U.S. cents in a country where the average worker earns around $37 a month.

Egyptians also protested over food prices in recent months, and analysts have been warning that riots could follow the jump in food prices in Africa and the Middle East.

Mozambicans say they have been hit hard by the rising price of bread and other basic goods, as world wheat prices have soared, but the government said the hikes could not be reversed.

Drought and fires in Russia, which had been the world's No. 3 wheat exporter, and a decision by the Russian government to extend a grain export ban until late 2011, have served to boost benchmark U.S. wheat prices by more than 25 percent this year.

Mozambique also depends heavily on imports from South Africa, which have become more expensive in recent months as the South African rand currency strengthened. Mozambique's metical has lost around 29 percent against the dollar this year.

Riots in Mozambique in 2008, also over prices, left at least six dead.