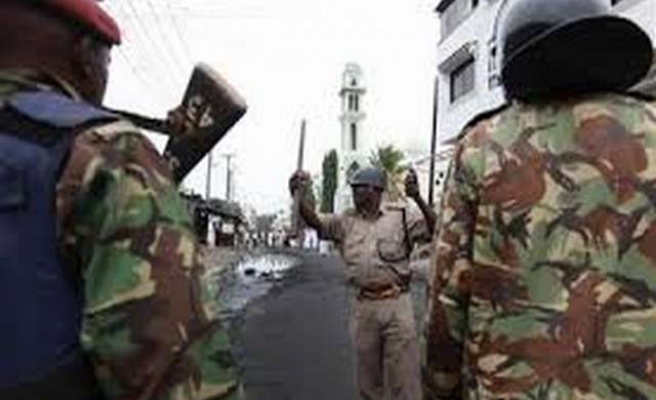 "What happened to the days when one was innocent until proven guilty?" Halima Mohammed, 26, told The Anadolu Agency in Nairobi.

Several Muslim scholars accused by authorities of supporting extremists have recently been killed in separate mysterious, albeit similar, circumstances, especially in the coastal city of Mombasa.

Many Muslims like Mohammed always suspected the killings were being carried out by an elite police force.

"We have always known that our teachers were being killed by the police," she said.

"I think what Al Jazeera has done is something worth being honored for," said Mohammed.

"The exposé reveals that there is impunity in our police force," she insisted. "This should stop."

But the Kenya police denied the allegations of extrajudicial killings.

"None of our officers were in the said video," police spokesman Masoud Mwinyi told AA.

"It is inconceivable that any of our officers would carry out extrajudicial killings," he said.

"They do know how the constitution requires them to act when maintaining law and order," Mwinyi insisted.

"We appeal to any Kenyan or any foreigner to forward any evidence they have about an extrajudicial killing to the directorate of criminal investigations or any close police station," said the spokesman.

But the police denial was not enough to convince many Kenyans, including Moses Kinyua, a 23-year-old college student in Nairobi.

"The video was an eye-opener for many Kenyans," he told AA. "It showed that you cannot be safe in your country at certain times."

"Kenyans have always believed that the Kenya police are out to only protect them, I am sure changes will be made in the police force now that we all know about the killings," Kinyua said.

Samson Ouma, for his part, insisted every Kenyan citizen has a right to trial.

"It was quite shameful for me as Kenyan to see the revelation by Al Jazeera," he told AA.

"At some point I saw an officer commenting that he had killed over 50 people and another saying he had taken part in the killings of Muslims clerics in Mombasa," Ouma added, citing the video.

"Our constitution has clearly stated that police officers should act in an ethical manner and practice justice for everyone, I would call this malpractice, our police force has betrayed our trust," he said.

"You should not fight fire with fire," Ouma insisted. "If it was true that the guys were guilty, then why not take them to court and allow them to face the law?"