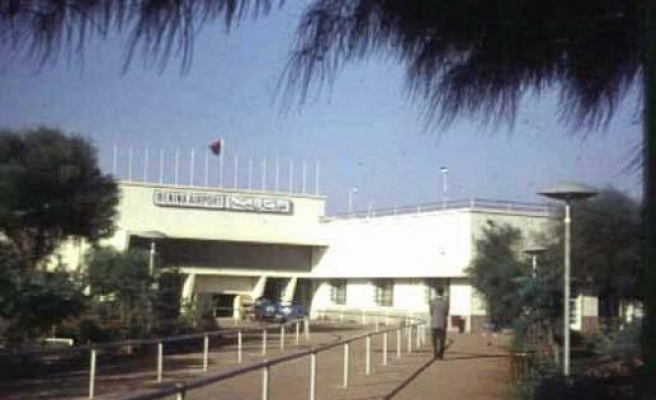 Police stations, prisons and the local security headquarters have reopened in Libya's eastern city of Benghazi for the first time in over a year, officials said, after pro-government forces seized back part of the port city.

Medics say around 450 people have been killed in a two-month offensive by pro-government forces which has restored some sense of normality in parts of the city, though fighting is still raging in the port and other areas.

The return of order to some parts of Libya's second city will provide some encouragement to the internationally recognised government, which lost control of the capital Tripoli to a group from the west of the country in August.

The government, which fled to the town of Bayda, east of Benghazi, sees the return of policing as a sign of progress towards ending the state of anarchy in the oil-producing North African country.

Critics say its military gains were achieved only with the help of a former army general, Khalifa Haftar, using aircraft and artillery in densely populated areas. Army special forces, backed up by Haftar's troops, have expelled groups that had roamed unchallenged through parts of Benghazi.

"We've resumed work at all police stations in Benghazi except where fighting is ongoing," said Tareq Kharaz, spokesman for Benghazi's security forces. A detective unit had also restarted work.

Army special forces will accompany police patrols, which had stopped due to ambushes, a spokesman for the force said.

Police stations had been closed for over a year due to frequent attacks with rocket propelled grenades and other weapons. Policemen and army officers used to keep a low profile, hardly showing up for work after a wave of assassinations.

Ex-general Haftar started his own campaign against Islamic groups in May. He uses artillery and planes from Libya's outdated air force, though his opponents say he is backed by the United Arab Emirates and Egypt, which are worried about the spread of militants. He denies receiving their support.

Three years after the civil war that ousted long-serving leader Muammar Gaddafi, rival militias have turned on each other and two governments, each with its own parliament and army, are vying for legitimacy in Libya.

The Libya Dawn group, which took over Tripoli in August, has set up its own government in competition with that of Prime Minister Abdullah al-Thinni, and both had planned to send rival oil officials to an OPEC summit in Vienna last month. Only Thinni's delegation got an invitation in the end.